October 2022 Update:
When it comes to cannabis seeds, it’s always wise to keep an eye on which seed banks currently deliver the most reliable shipping to your corner of the world. We aim to minimize your odds of encountering shipping or customs issues and ensure your seeds reach their destination on time. To ease your shopping experience and keep you in the know, we frequently update this window.

Laws on Buying & Growing Marijuana Seeds in Italy. Growing Tips, Recommended Strains, and the Best Seed Banks That Ship to Italy For the 2022 Growing Season. 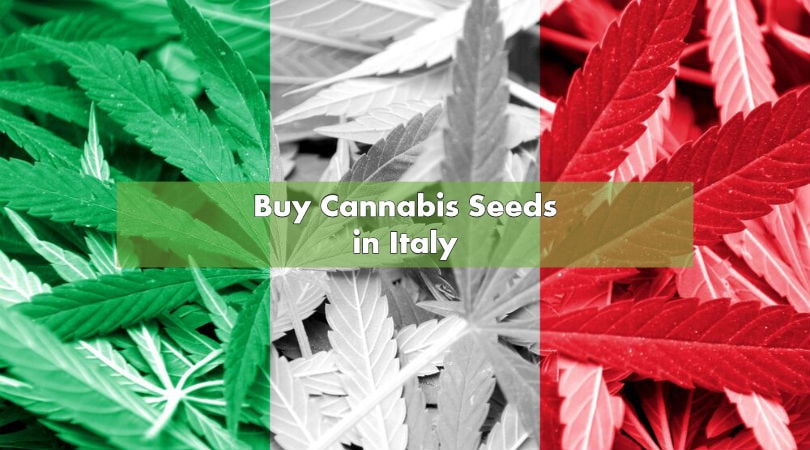 In Italy, the legality of marijuana use and possession of cannabis seeds has changed a lot over the years, and in its current state, can be quite confusing to residents and tourists.

While traditional strains of THC-laden cannabis still remain illegal, in 2016, a change to the law regulating industrial hemp production made it legal to sell “cannabis light.” This mellow form of cannabis features 0.2% or less of THC, the psychoactive compound in marijuana.

The kicker, however, is that cannabis light may only be purchased as a “collector’s item.” It’s not legal to consume or smoke cannabis light or grow cannabis “light” seeds sold at seed banks.

Despite the laws against consumption, many people still enjoy cannabis light for the mellowing, analgesic, and anti-inflammatory effects of its CBD and other cannabinoids.

Medical cannabis is also legal in Italy and has been since 2013. It’s still illegal to buy cannabis seeds and grow them, even for medical purposes, as the military oversees the cultivation and production of all medical cannabis. Patients can get a medical marijuana card from a doctor and then fill their prescription at a local pharmacy.

If you live in Italy and want to grow your own cannabis from seed — read along and discover the best seed strains to grow in Italy, top-rated seed banks that ship to Italy, and lastly, regulatory cannabis laws.

In a Nutshell — The Legality of Buying Marijuana Seeds in Italy

If you want to grow weed that’ll make you say “mama mia!” — you’ll need to buy cannabis seeds from a reputable local or online seed bank.

However, Italy has a wide variety of cannabis laws that will make or break your experience. Here’s a summary of the most important laws regarding cannabis use and cultivation in Italy:

Now that you know the basics of the legality of buying marijuana seeds from seed banks in Italy let’s dive into the topics that you want to know about before growing weed seeds in Italy.

Although Italy is a small country — it exhibits a wide variety of climates that affect cannabis growers.

When to Sprout Cannabis Seeds in Italy

To foreigners, Italy is a Mediterranean climate. However, this is only partly true. The Northern region of Italy is incredibly cold — especially below the Dolomites.

Alternatively, the South is considered prime cannabis growing territory — as it reflects a genuine Mediterranean climate.

Overall, you can germinate cannabis seeds in Italy between March and May.

Issues to Consider When Growing Marijuana Seeds in Italy

If you’re growing marijuana in Italy, you must consider the following issues:

If you’re ready to grow the best weed imaginable, you must read these three tips for growing cannabis seeds in Italy.

The most important aspect of growing cannabis is finding the right seed strain.

By buying marijuana seeds from a reputable seed bank — you’ll have an incredible growing experience.

Buy Cannabis Seeds for Your Regional Climate in Italy

As we mentioned above, your local climate determines which strain is best for your garden.

Even if your cannabis seeds arrive faster than expected from the seed store — do not germinate them until your indoor or outdoor garden is up and running.

Which Marijuana Seed Store Is the Best Option For Italian Residents?

Now, let’s take a look at the two options for buying cannabis seeds in Italy.

For the time being, the only true Italian seed banks that Italy has to offer are being run by the Italian military.

This is an interesting contrast to many other countries where the seed banks are run by approved parties and monitored by the country’s government. In order to ensure that quality products that follow legalization are the only ones being sold.

This means that all marijuana being cultivated and all seeds being kept are currently possessed by the government. However, this does not extend to hemp.

In fact, a type of seed bank that Italy does offer is built around hemp seeds rather than marijuana seeds. Italian farmers are currently growing hemp for profit around the country.

Though you are not technically able to grow or sell marijuana seeds in Italy, that doesn’t mean that people do not.

While you should always exercise caution and know the laws of your region, there are still many seed banks that ship to Italy. Italian citizens rely on these businesses to provide quality marijuana seeds for their own personal use. Since the marijuana being sold legally within the country is incredibly low on THC and since the legal products can cost an unbelievably high fee, many Italians are turning to online seed banks so that they can meet their marijuana needs.

When it comes to online seed banks that ship to Italy, our favorite choices are MSNL Seed Bank and Crop King Seeds.

Now, let’s take a peek at three top-shelf seed strains that you can buy at a seed bank and grow in Italy for the best results possible.

If you’re looking for a sativa-dominant powerhouse — look no further than the easy-to-grow AK-47 Feminized seed strain.

The AK-47 seed strain is renowned for its ability to flower within 8-weeks to produce trichome-covered buds like no other. Furthermore, AK-47 is tolerant to “chilly” conditions, which makes it the perfect seed strain for Northern Italian growers.

Whether you grow weed indoors or outdoors in Italy — Bruce Banner is an ultra-potent cannabis seed strain that’s beyond easy to grow.

Notable for its short flowering time, massive yield, and sky-high THC content — the Bruce Banner seed strain is a must-have variety for the 2022 growing season in Italy.

If you live in the South — you have an abundance of warm sunshine.

Therefore, why not splurge and grow a full-blown sativa seed strain? Not only is the Acapulco Gold seed strain adapted to humid environments, but it performs incredibly well in hot climates.

The Acapulco Gold seed strain is the epitome of sativa genetics and produces extremely psychoactive buds that’ll have you laughing away at the beach for hours on end.

The history of Italian law regarding drugs, including “soft” drugs like cannabis, has been a rocky one.

When the Fini-Giovanardi law passed back in 2006, it swept away the line between how the law dealt with hard and soft drugs, stiffening the penalties associated with marijuana to be more in line with cocaine.

Then, in 2014, that law was deemed unconstitutional by the Constitutional Court, and the law returned to its older state.

Currently, a person found in possession of marijuana for the first time is given a warning. Exceptions are minors and people under public guardianship who may be under orders subject to their guardians. Repeat offenders can be subject to one to three months in prison.

The Legality of Growing Marijuana Seeds in Italy in 2022

Farming cannabis is currently illegal in 2022; a person found to be growing cannabis seeds in Italy may incur criminal sanctions that rival those for sale and trafficking.

Technically, though, the courts have deemed that growing a single cannabis plant is not illegal, following a 2011 ruling by the Supreme Court on this topic. The caveat here (isn’t there always a caveat?) is that the single plant must not be allowed to grow large enough to harvest.

Of course, the underground sale of illegal cannabis in Italy is going strong. There is a black market in Italy made up of Italian growers who cultivate their own marijuana. These people seek safe cannabis and reject the idea of buying pot from criminals.

It is illegal to sell traditional, high-THC cannabis in Italy in 2022, but the penalty is lighter than for a harder drug, such as cocaine. Selling or trafficking marijuana can land you two to six years in prison or a maximum fine of €75,000.

The Medical Marijuana and Hemp Exception in Italy

The exception to this is medical cannabis that is grown by the Italian military or imported by the government from the Netherlands.

It is available from authorized pharmacies to patients who have a valid prescription. The cost can be as much as €38/gram, which is about ten times cannabis would be if bought illegally on the streets. Low supply and high prices have driven many Italian medical marijuana patients to the black market.

While the sale of cannabis seeds and grow equipment is legal, cultivation by civilian/unlicensed growers is illegal (see the next section on growing marijuana in Italy). Most of the seeds and equipment are imported from the Netherlands, Spain, U.S., and Canada.


Watch: CNN on the Debate to Legalize Marijuana Cultivation in Italy

The price for weed bought in Italy is not cheap because it’s so hard to find.

The average price for buying cannabis seeds from local seed banks in Italy can vary by location, from Milan being much costlier than Pisa, for example.

It’s currently illegal to smoke or grow pot from cannabis seeds in Italy – even, as we mentioned above, the “cannabis light” that can be legally purchased throughout the land.

There are, of course, exclusions for cannabis purchased for medicinal use. Penalties have been greatly lightened in recent years, however, so the first offense is usually just a warning.

The cannabis light is typically purchased as a “collector’s item” with a “wink, wink.” Meanwhile, people explain that it is important to be discreet when a person buys seeds in Italy, maintains a cannabis garden outdoors, or grows plants indoors.

The Future of Buying Cannabis Seeds in Italy

As the push continues for Italy to allow people to possess and use marijuana, as well as grow and buy cannabis seeds, the effort is getting some unexpected help.

The country’s police union has announced its support for a bill that would allow individuals to grow up to five cannabis plants, buy cannabis seeds, possess up to 15 grams of dried herb at home, and carry up to five grams around with them.

Italian law enforcement clearly recognizes that the full legalization of cannabis would allow the state to regulate the trade. This would mean huge tax money, as well as savings on the money currently spent on anti-trafficking efforts.

The future of buying cannabis seeds in Italy, as well as growing and using them, may change soon. It will be interesting to track the changes and see what happens beyond 2022.

However, if you’re ready to buy and grow cannabis seeds for the 2022 growing season — your best options are between two top-rated seed banks that ship to Italy — MSNL Seed Bank and Crop King Seeds. 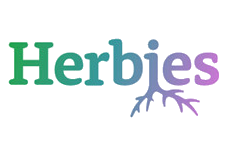 i read an article that they changed the law and it is legal to grow at home for personal use.

Strains of the Month
October 2022