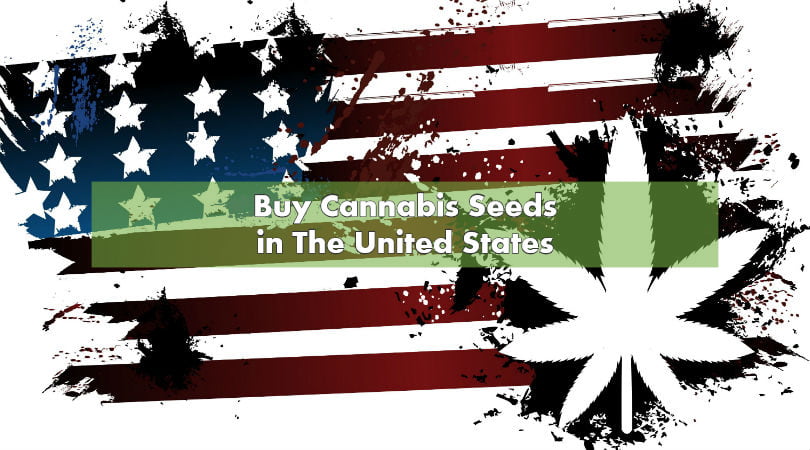 Over the past several years, the United States has seen its cannabis laws change rapidly. While the election outcome in November 2016 ensured that federal cannabis laws are unlikely to change anytime soon, individual states have taken up the push for reform, changing their laws to allow legal medical – and in many cases, recreational cannabis. A change of cannabis laws at the federal level in Canada will likely put pressure on the US to legalize as a country, but until then, all of the action is happening at the state level. Here’s all you need to know about using and possessing marijuana in addition to growing or buying cannabis seeds in the United States.

In Which U.S. States is it Legal to Use and Buy Cannabis?

As you travel throughout the United States, you’ll find that different states have different laws pertaining to recreational or medical marijuana use. In some states both is legal, while others only allow people to possess pot and buy cannabis seeds for the purpose of cultivating them if they have a prescription from a doctor. While the specific laws are different in each state, let’s break down what’s legal in which places as a quick and easy guide for those who need to know.

As of 2020, recreational and medical marijuana is legal in:

• Nevada
• Oregon
• Vermont
• Northern Mariana Islands
• Guam
• Washington (state)
• The District of Columbia (or Washington D.C.)
States that have legalized medical, but not recreational, marijuana are: 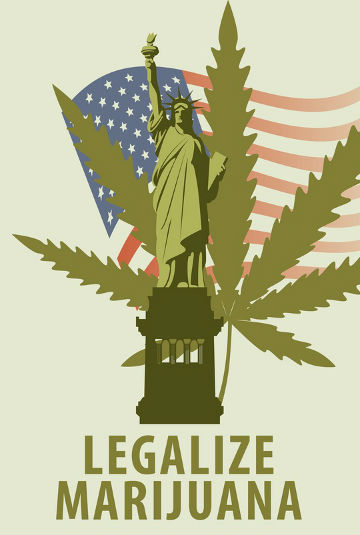 Laws vary from state to state in terms of how much weed you can possess, what forms of cannabis you can legally buy, who can qualify to purchase it for medical purposes, and how many plants you can grow should you buy cannabis seeds in the United States. For instance, in Alaska, you’re allowed to possess up to an ounce of weed. Meanwhile, in Oregon, while you can only carry an ounce while in public, you can have up to eight ounces stashed at home.

Should you travel from state to state within the United States, check to find out what the individual laws are where you’ll be staying (and toking…or growing). In states with legal weed, it’s legal to drive around with any cannabis products you’ve purchased at a dispensary as long as they’re in their original packaging. It is never legal to drive while under the influence of marijuana, however. It’s also illegal to take pot over state lines (even into another weed-friendly state). As individual state laws are undergoing lots of change where cannabis is concerned, do a bit of reading on the specifics of wherever you’re planning to travel to see if there have been any updates before you go.

It’s important to remember that however any state law may change, federal cannabis policy in the U.S. remains unaffected for the time being. Under the federal Controlled Substances Act of 1970, marijuana is classified as a Schedule I drug (hemp-derived products have recently been removed from this list with the introduction of the Farm Bill), placing it among harder drugs such as cocaine and heroin. James M. Cole, the Deputy Attorney General under former U.S. President Barack Obama, issued a memorandum in 2013 stating that the Justice Department would not focus on enforcement in states that had “legalized marijuana in some form…” This took some of the pressure off of dispensaries (and their clientele) in states with legal cannabis.

In 2018, Attorney General Jeff Sessions (who was appointed by President Donald Trump) rescinded the memo, creating an uproar in the cannabis community. While the cannabis industry continues to operate in states that have legalized it for recreational and medical purposes, it remains to be seen if and when the Trump Justice Department will begin enforcing federal cannabis laws.

In states with legalized cannabis, just as with possessing and using weed, laws governing growing and buying cannabis seeds differ from state to state. Under D.C. law, for example,an adult (21 years and older) can cultivate up to six marijuana plants with only three plants being mature at a time in one location for recreational purposes. Also, you can transfer up to one ounce of weed as an adult to another adult, but marijuana sales are still illegal there. So gift away if you live in D.C., but don’t allow any money to change hands!

Meanwhile, in Oregon, you can only grow up to four plants for recreational reasons. Also, to cultivate at home, you must pay fees, and the marijuana odor must be controlled in a manner such that the public does not notice it. Selling cannabis without a license is forbidden there, as in most states with legalized pot.

In Alaska, personal cannabis cultivation by state law is restricted to six plants, but only three of them can be flowering at one time. Transfer limits are one ounce, which is the same as in D.C. As you can see, it’s important to know before you grow!

For patients, knowing medical weed possession laws is important so that you stay compliant. Possession limits vary by state, so be sure to research laws in your current location in 2020. Here are a few examples:

In New Jersey, where the law governing medical cannabis was passed in 2010, you can legally possess three ounces of usable weed for medicinal use at any time. Go to Montana, however, and that amount drops to one ounce per day and five ounces in a month. The limits are different, yet again, in Delaware; the legal marijuana limit for patients is three ounces at once and six usable ounces per month.

The laws differ in New Hampshire, where you can possess two ounces of usable marijuana during a 10-day period by law for medical purposes. A timeframe is also in place for patients in Illinois, who can have 2.5 ounces of usable weed over a 14-day period.

In other states in the USA, you can legally possess a certain number of plants for medical use; be aware that not all states allow for the home-growing of cannabis seeds, though. In New Mexico, you can have up to 16 plants, with up to four of them being mature at one time. Go to Vermont, though, and you will see this number cut down to six, with only two flowering at one time by law.

These examples show that you need to be aware of the legal limits regarding growing cannabis seeds in the state where you reside to ensure you stay on the right side of the law. Moving between states means you have to be cognizant of the local laws and also recognize that laws can change very quickly.

Buying Cannabis Seeds in the U.S.

Just as the laws regarding using cannabis vary from one U.S. state to another, so do the regulations on buying weed seeds. You can legally buy enough cannabis seeds to grow six plants at a time locally in Alaska for recreational use, but that doesn’t mean that you can do it everywhere. Legality will always depend on the state in which you live when you buy the seeds there. If there are marijuana shops in the state where you live for buying cannabis seeds and plants, do ensure you know the limits to stay legally compliant.

Another option is to buy your cannabis seeds online. Of course, you should choose a reliable provider who gets positive reviews from consumers on the web, such as our top picks:

MSNL – Shipping from London, MSNL sends the weed seeds directly to you and at low prices because they buy directly from Dutch producers. Get high-quality seeds that provide a good crop with a plentiful yield. If you buy cannabis seeds through MSNL, you can pay by Bitcoin (and other crypto-currencies), credit card, bank transfer, cash, or money order.

WeedSeedsExpress – Based in Amsterdam, they ship globally and are both a reputable breeder and seed bank. They are discreet, deliver when they say they will do so, and provide high-quality cannabis seeds. There are several ways to pay, from cash, credit cards, Bitcoin, or bank transfer.

A major benefit of using these sources for buying cannabis seeds online in 2020 is that they are uniform in the strength and quality of their seeds. When you choose local dispensaries, unfortunately, it’s often hard to find this kind of consistency, whether you are buying for medical or recreational purposes.

Predictions for Changes to Cannabis Laws in the U.S. States

With cannabis laws constantly changing from one state to the next, one of the hottest topics of debate is which state will be the next to legalize. From bills that voters get to voice their opinion on at the ballot box to legislation that may be taken up by state governments, there’s great potential for ending prohibition in any states over the next few years.

As medical and recreational legalization in certain states helps end the stigma that’s been long associated with smoking pot, as well as buying cannabis seeds and growing your own, laws in even more states are bound to change. Reform has been slow, however, and this is in part because of America’s long history with demonizing cannabis.

Weed was first regulated in 1937 by the United States federal government under the Marijuana Tax Act. The Act prohibited the possession and sale of cannabis. Since then, stronger penalties were passed in regards to weed, including the 1952 Boggs Act. In 1970, the Controlled Substances Act created categories for drugs according to their risk of abuse and medical value. The most restrictive of the classes was Schedule 1, which included cannabis and still does today. This was the start of President Richard Nixon’s war on drugs.

Since then, the movement by different states to medicalize marijuana has been welcomed by some people and criticized by others. However, cannabis – whether for medical or recreational purposes – still remains illegal on a federal level.

With the Trump administration in charge of the White House and Justice Department and conservatives running both houses of Congress, cannabis laws are unlikely to change at the federal level anytime soon. It remains to be seen if the current elected officials will “evolve” on cannabis legalization as certain people, like former House Speaker John Boehner, have done. Boehner was strictly anti-cannabis when he was in office, but has since changed his mind and has joined the board of Acreage Holdings, a prominent marijuana firm.

The Future of U.S. Laws on Cannabis & Cannabis Seeds

With cannabis still illegal at the federal level and in many states throughout the U.S., people are still being arrested and even incarcerated for possessing and distributing weed, as well as buying cannabis seeds to cultivate. It will be interesting to see how federal marijuana laws change in 2020 and the years to come, given that weed law reform continues to be a hot topic.

In the years to come, more states are likely to legalize medical and recreational cannabis. With an ever-increasing number of places to legally purchase marijuana products and buy cannabis seeds, this is an exciting time for cannabis connoisseurs in the United States and throughout the globe. We look forward to updating you as legal changes occur in 2020 and beyond, both at federal and state levels.
Parent Page: Buy Cannabis Seeds 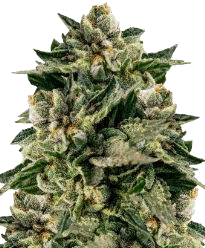 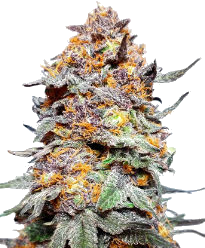 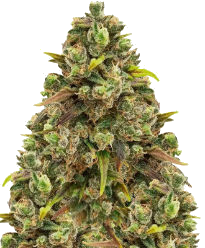 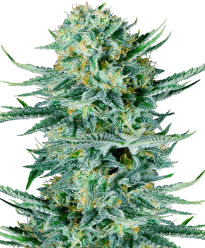 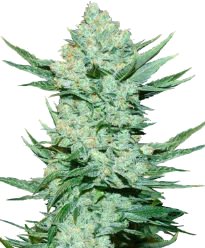 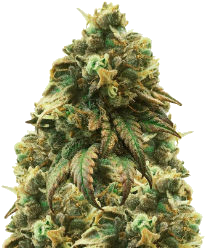 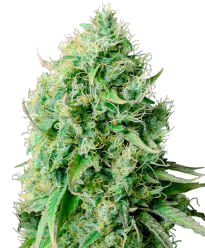 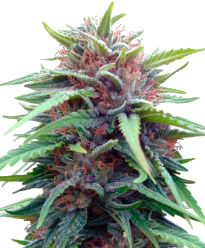 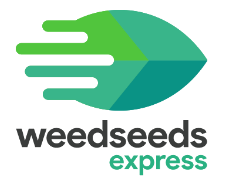 Amsterdam,
The Netherlands.
Since 2015 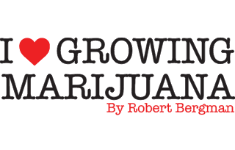 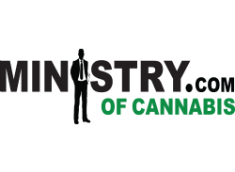 Strains of the Month
April 2020