As one of the world's highest THC strains, growing Godfather OG seeds is an offer you can't refuse. Show the Godfather strain some respect by following this in-depth grow guide. 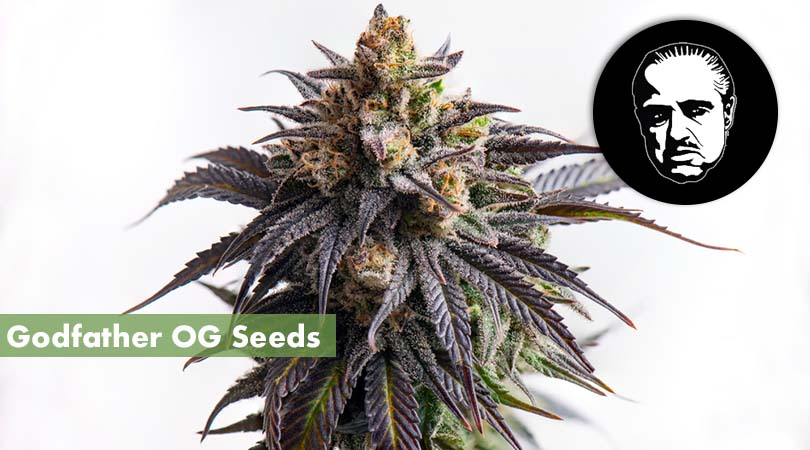 Godfather OG is one of Southern California’s most revered strains for good reason. Los Angeles is packed with people, traffic, and high prices, making it necessary to find a way to unplug at the end of the day.

With stratospheric THC levels and powerfully sedative indica effects on tap, the Godfather OG strain is prized by Los Angelenos as a potent medicine to relieve stress and bring about amazing sleep — especially after winning the 2013 High Times Cannabis Cup.

The city’s love of glitz and glamor carries over to weed as well. When grown with an abundance of TLC, Godfather OG seeds deliver hulked-out buds covered in a blinding coat of frost that lightly melts as you smoke away.

This strain’s unmitigated strength means it doesn’t negotiate with insomnia — it just puts you down for the count. That, for many, makes it an easy choice to buy Godfather OG seeds and grow them into healing flowers that help you unwind for the night. 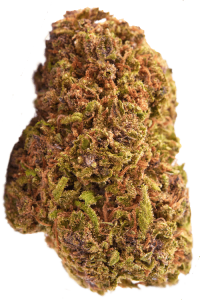 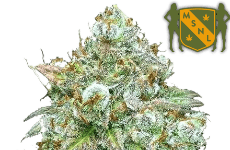 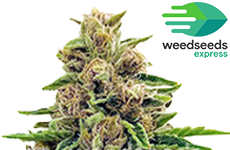 Like a true don, the origins of Godfather OG seeds are held in mystery. There are stories, sure, but they all come down from the grapevine, making it nearly impossible to discern the real deal.

That year, Alpha Medic’s Godfather OG weed beat out strains with a heavier tilt to the indica side, including Archive Seed Banks’ Grimace OG.

How did that happen? In a word, potency.

Godfather OG’s indica dominance is exceptionally rooted in the abundant myrcene terp that dominates the strain’s terpene profile. Myrcene is responsible for the paralyzing couchlock effect sought after by people living with insomnia and seekers of flat-out sedation.

With qualities like these, sufferers of stress and trauma-related conditions such as PTSD can safely medicate and find relief with Godfather OG weed.

Since 2013, the strain’s legend has grown, making it one of the top choices for indica lovers everywhere. However, you’ll need to track down and buy Godfather OG seeds, first.

Growing Godfather OG seeds is convenient for both indoor and outdoor cultivators due to the plant’s size and resilience.

The strain’s resilient nature makes it an excellent choice for grow operations both large and small as it saves on space and effort required.

When you buy Godfather OG seeds, subtle differences in phenotypes may arise throughout the grow, giving you plants that are taller or kushier in appearance and taste than others. This has led some to call the strain Godfather OG kush, which isn’t entirely inappropriate given its strong OG kush heritage.

Growing Godfather OG seeds into High Times cover-worthy nugs begins with paying close attention to the conditions and climate of your grow area.

Indica-dominant OG strains, particularly those with strong kush influences, favor a range of warm conditions from 68°F to 82°F — and even some occasional heat. As long as you keep your plants out of prolonged exposure to high daytime temperatures or frosty nights such as one finds in high desert summers, they’ll stay happy.

A Godfather OG grow isn’t very temperamental, but these plants do thrive in drier Mediterranean conditions. That’s because the plant produces such bulky nugs that high humidity makes them susceptible to mold.

In many parts of the world, arid conditions are in short supply once summer rolls along, making growing Godfather OG a tricky proposition if you plan to grow it outdoors. As such, going indoors with a capable dehumidifier unit will do wonders for growing Godfather OG seeds to their maximum potential.

Godfather OG flowering time is between 7 to 9 weeks.

Many indoor and outdoor growers do hit the sweet spot at 8 weeks after putting Godfather OG seeds in the soil, with outdoor plants ready for harvest between the middle of September and the first weeks of October.

The main factor in helping drop flowering time lower is to be very vigilant regarding humidity levels. Godfather OG seeds are easy to grow, but as mentioned in the previous section, they like dry conditions.

Keeping things arid will help you grow Godfather OG seeds in the least amount of time with the largest yield possible.

Despite that, the beauty of a Godfather OG grow is your moderate yield is composed of incredibly potent one-hit-quit flowers, allowing you to really stretch out your supply.

Expect to harvest between 13 and 16 ounces per square meter indoors, and 19 to 23 ounces when grown outdoors.

When grown outdoors, Godfather OG plants don’t add much more height, ranging between 130cm and 200cm at the high end.

Part of what makes growing Godfather OG seeds so particularly beginner-friendly is just how well the strain stands up to issues that commonly plague other plants.

As long as lower humidity levels are maintained — especially through the critical flowering period — mold growth and bud rot are easily kept in check, even when taking advantage of SOG and SCROG growing methods.

The Appearance of Godfather OG Weed:

When you have a fat nug of purple-tinged Godfather OG weed pinched between your fingers, you know everything is going to be alright.

Why? Because its wind-whipped stigmas create astounding orange hairiness popping out of weighty, forest-green buds with quick slices of purp throughout. This initial visual impact is driven home even further by a seductive crystal sheen that ranges from melty diamonds to powdered sugar in appearance.

While Godfather OG weed is dense, it doesn’t have the stone-like solidity of the Girl Scout Cookies strain. Instead, it has the airy density of a true OG — this is some fat bud with gargantuan colas, making it a real pleasure to grind up and smoke.

The sheer size of Godfather OG nugs also makes it a beauty to behold when trimmed up correctly. With leaves that turn royal purple and even light blue in places, Godfather OG can leave even the most avowed connoisseur speechless on sight.

Why? Because its wind-whipped stigmas create astounding orange hairiness popping out of weighty, forest-green buds with quick slices of purp throughout.

Even without a lab test, this fact is easy to confirm given the overpowering high that the most experienced stoners find themselves faced with after a hit or two.

The High Times winning Alpha Medic Godfather OG sample was found to have a THC concentration of 28%, with some lab-tested samples showing results as high as 34% THC.

Currently, the highest known THC concentration of any strain is 37.5%, serving to show just how much of a boss Godfather OG weed really is.

People tend to associate all OG strains with gassy-lemon-fuel terpenes, indicating a predominance of limonene. That’s true of some OGs, but not all — and definitely not Godfather OG.

Instead, Godfather OG is heavy on myrcene, an herbal terpene responsible for the strain’s heavy paralysis effects and ability to aid even the worst cases of insomnia.

Rounding out the myrcene are caryophyllene and humulene terpenes.

Caryophyllene brings spices like cracked pepper to the nose and is largely responsible for pain management medicinal effects. When paired with myrcene in high concentrations, caryophyllene is especially therapeutic.

Though only present in small quantities in Godfather OG seeds, humulene adds a subtle hoppy aroma and is responsible for minor anti-inflammatory effects.

From the moment its soothing smoke reaches your lungs, the first effect to register is a feeling of cosmic well-being. A euphoric awareness of your mind and body eases you into a paralyzing security blanket, also known as an out-and-out body high.

People who prefer a strain that happily wipes the mind clear while enveloping the body in an everlasting relaxing haze before drifting off to sleep will surely appreciate Godfather OG weed.

If, however, you do manage to resist the Godfather’s sleepy gravity pulling you toward your bed, then you’ll have time to experience a bout of epic munchies that will have you raiding the fridge hard.

Even if the effects of Godfather OG weed can best be described as incredibly relaxing, sedative, and appetite-inducing, there is one thing it most certainly isn’t — and that’s energetic.

Enjoy Godfather OG bud at the end of the day. It’s definitely not one for the wake and bake crowd, but it definitely is the one to keep on your nightstand.

The extra-heavy helping of myrcene terpenes present in Godfather OG seeds makes this strain the perfect one for those seeking a potent medicine for treating insomnia.

While some describe the couchlock effects of Godfather OG weed as too powerful, the strain does wonders in bringing about the relaxing state which precedes a truly restful night of sleep.

This same quality makes Godfather OG seeds the right strain to grow if you need a medicine for combating pain, PTSD, and the ill-effects of stress.

Godfather OG weed should come with a beginner beware label — this is some strong bud.

As such, it’s only advised to smoke it at the end of the day, not before work or any other important task on the menu.

A few of the common negative effects of Godfather OG weed include dry mouth, reddened dry eyes, and subtle amounts of paranoia if you smoke over your tolerance or experience level.