COVID-19 update:
Here at 10Buds, we are praying for the world during this crisis. We know you may have seed shipment concerns right now, so you can minimize the odds of shipping delays by ordering from the closest seed bank to your location.
We trust and recommend these seed banks, by location:
North America: Crop King Seeds (Canada) and ILGM (ships from California).
Europe (and the rest of the world): MSNL (United Kingdom).
Please continue to have patience, as unforeseen shipping delays are still possible.
Stay safe and use this downtime to enjoy your crop! X Close 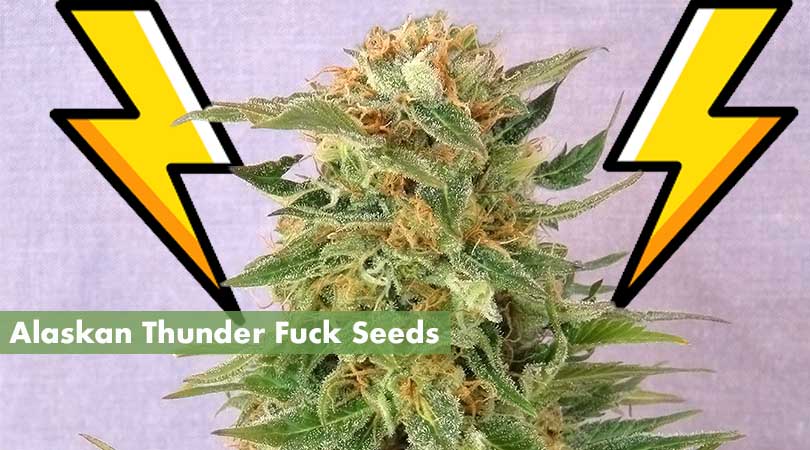 You probably wouldn’t want your parents to know you smoke weed unless they’re cool. But, even if they are cool, you wouldn’t want them knowing you’re smoking Alaskan Thunder Fuck.

This rowdy sativa cannabis strain is an all go powerhouse that puts the pedal to the metal and keeps it there. What’s more, Alaskan Thunder Fuck would be a tough strain name to say in front of your mom.

Since way back in the 1980s and ’90s, Alaskan Thunder Fuck, also sometimes called ATF or Matanuska Thunder, has been a favorite of anyone looking for that uplifting high that keeps energy levels up and bad moods down.

For the cool-climate growers out there, ATF strain seeds are the perfect weapon. Strains that grow well in chilly conditions are rare, but ATF delivers.

Want to learn how to grow Alaskan Thunder Fuck seeds? You’ve come to the right place — this guide contains everything you should know below. 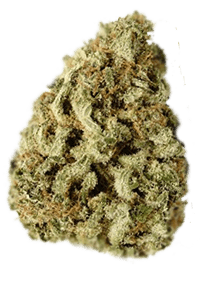 Alaska isn’t the first place you think about when you dream up places for growing cannabis.

With freezing temperatures that linger throughout most of the year, the likelihood of most cannabis cultivars surviving a single night planted in Alaskan soil is low. Unless, of course, your seeds are forged from top ruderalis genetics and a bit of thunder.

Alaskan Thunder Fuck seeds are the result of an unlikely story with roots in Northern California. Somewhere along the line, an unknown NorCal grower discovered or hybridized a sativa-dominant ruderalis variety. Later, those seeds or clones ended up in Alaska’s Matanuska Valley.

If this is your first time discovering the ruderalis classification, think of it as the wild cousin of the indica and sativa families. Whereas many sativa and indica strains are specifically adapted to grow in warm temperatures, ruderalis strains are normally found in rugged climates with short growing seasons.

Their adaptation to the short growing season means that after just two to three weeks of vegetation, ruderalis cannabis plants automatically switch to flowering.

By now, you might have guessed that ruderalis plants sound a lot like autoflowering cannabis seeds. If so, you’re correct! Today’s breeders have begun hybridizing ruderalis strains with indicas and sativas to create autoflowering varieties of seeds that naturally require longer growing seasons.

So, with an understanding of ruderalis cannabis snug in your back pocket, it’s easy to see how Alaskan Thunder Fuck seeds thrived in Alaska’s short, and often harsh, growing season. The mystery Alaskan cultivator who received the ruderalis strain from NorCal is believed to have crossed it with an Afghani indica, further compacting an already short and stout strain.

The plant’s sheer robustness has given it fame and fortune with growers in similarly severe outdoor conditions. But, because it survives so well when the going gets tough, growers who give it ideal indoor conditions are in for a spectacular treat.

Learn how to grow Matanuska Tundra seeds in the next section.

There’s much fun to be had in growing Alaskan Thunder Fuck seeds. First, there’s the name — it never gets old. However, what’s even better is pulling down your first ATF strain harvest.

An unexpectedly frosty batch awaits you. Each nug looks topped with snow and ice from a frozen winter day at the North Pole. Getting those nugs will take a bit of effort on your part, but as all cannabis cultivators know, you get out what you put in.

So, focus on giving your plants love. Let’s dive into the details for successfully growing Alaskan Thunder Fuck seeds.

ATF strain seeds can present a few challenges to novice growers. For this reason, they’re rated as medium difficult to grow, but don’t let that put you off if you’re a first-timer.

There’s been a lot of talk about Alaska, tundra ice, and freezing cold. What gives? Do Alaskan Thunder Fuck seeds only grow in a blizzard? Far from it, friend.

You don’t have to live in the Matanuska Tundra to plant these seeds and grow them well. Their adaptation to harsh environments means that Alaskan Thunder Fuck seeds will thrive almost anywhere that provides decent sunshine and soil for a few months.

Whether you grow them indoors or outdoors, Alaskan Thunder Fuck seeds like a moderate temperature range between 62°F and 80°F to take off. They’re much less picky about relative humidity levels than most indica and sativa strains, too.

Where the trickiness comes into play is during feeding. To survive in cold climates, Alaskan Thunder F seeds mature into nutrient-guzzling plants. They nosh on all the nutrients available because, like polar bears, they store that protective layer of food with them to live through lean times.

In general, flowering time lasts for 8 to 10 weeks.

While not an exceptionally heavy producer, Alaskan Thunder Fuck plants redeem your efforts with a medium yield of thick, coniferous buds.

Expect up to 350 grams per square meter indoors and 500 grams per plant outdoors.

Ruderalis plants like the ATF strain are short and compact. You can grow ATF strain seeds quite close together, just make sure to use SOG or SCROG canopy control techniques to avoid overcrowding.

As you cup one hand and drop Matanuska Thunder buds into it with the other, you’ll be struck by this strain’s wild, raw beauty.

Unlike the manicured, almost artificial look of strains bred just for the dispensary, Matanuska Thunder nugs resemble the kind of weed Thor would smoke in Asgard. Its buds are majestic, covered in royal amounts of frost, and look like miniature pine trees.

Because Matanuska Thunder seeds also thrive in the cold, you’ll sometimes get deep purple buds if the batch was exposed to colder temperatures. The velvety purple sometimes woven into Manatuska nugs makes it an irresistible smoke that never disappoints.

Its buds are majestic, covered in royal amounts of frost, and look like miniature pine trees.

Curious about where the dank lemon-pine sol aroma comes from when you inhale a whiff of Alaskan Thunder F*ck? Aromas, flavors, and even effects come from the plant’s terpene profile.

Here’s a quick guide to the terpenes found in Alaskan Thunder Fuck seeds.

If you’ve long sought after a daytime strain that inspires, energizes, uplifts, and puts you firmly in the zone, Alaskan Thunder F is your holy grail.

Wake and bakers will find themselves up, clothed, fed, and halfway through the day’s tasks before even recalling that they’d smoked a bowl full already.

That isn’t to say ATF weed makes you forgetful — no, far from it. Instead, your productivity will find itself at full capacity as you swing from goal to goal with an intensely happy, vibrant, and glowing inner focus and calm.

While Alaskan Thunder Fuck seeds are highly effective in treating pain, it’s when assuaging stress symptoms that they truly shine. Use ATF weed for treating:

You might find Matanuska Thunder weed to be a little on the intense side if you smoke too much. Don’t underestimate the lightning power of this old-school strain. Start small, then work your way up, as Matanuska Thunder is well-known for creeping in rather than showing you it’s full hand at once.

Other than its potency, smoking Matanuska Thunder sometimes leads to dry mouth and reddened eyes.

Strains of the Month
September 2020