Discover everything you need to know about Alien OG, a hybrid strain with otherworldly potency. Get the best grow tips, a guide to effects, and more in this complete Alien OG strain review. 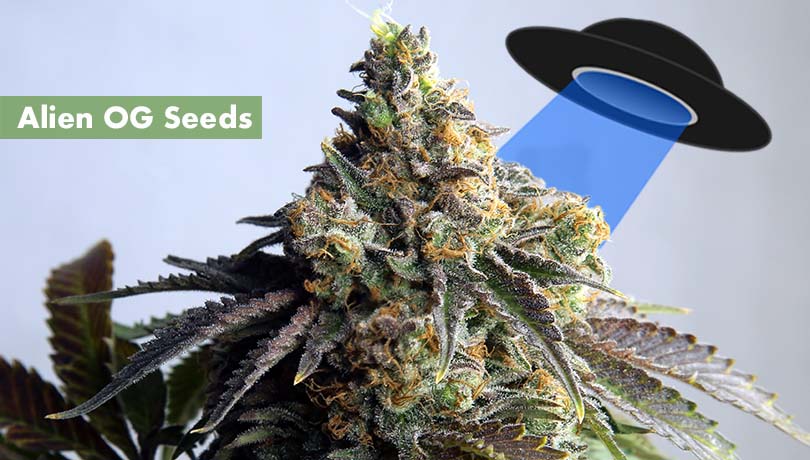 Is your cannabis tolerance so high that it’s become difficult for you to get high?

If the answer is yes, let Alien OG abduct your sobriety for a few hours. With potency levels that are not of this world, Alien OG is one for the marijuana maximalists seeking something new.

Like Moulder in the X-Files, maybe you’ve spent years telling friends you want to believe when they assure you for the hundredth time their weed is fire.

End your search by packing a bowl of indica-dominant Alien OG flowers — or even better yet, grow Alien OG seeds yourself using this guide to help you. 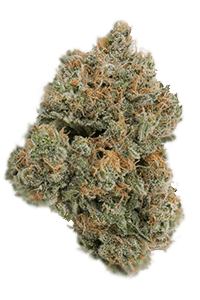 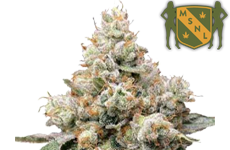 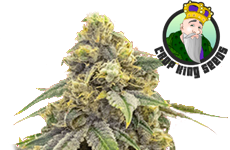 What would weed grown by aliens look like? Maybe a cross between the nest eggs from James Cameron’s Alien movies and an exotic purple flower from Avatar.

This kind of speculation isn’t totally unfounded when it comes to Alien OG — take a stroll through Google images to see its exotic looks for yourself. You’d be hard-pressed to deny aliens created this strain with its intense glow-in-the-dark colors and buds containing paradoxical spirals.

However, as it turns out, humans made Alien OG — one human, in particular. That person is Obsoul33t, a very elite breeder from the American West Coast. If you were actively buying specialty cannabis seeds anytime between 2014 to 2016, odds are you came across his name at least once.

That’s because, at the time, no one was dropping heat quite like Obsoul33t. Focusing on indica-dominant hybrids, Obsoul33t’s catalog of strains derived from a prized Afghani Kush landrace strain he dubbed Alien Technology.

Alien Technology, or Alien Kush, is a landrace Afghani indica plant whose seeds were brought back to the US by a soldier returning from a tour in Afghanistan. The soldier, a close friend of Obsoul33t’s, gave him the seeds upon returning. The rest, as they say, is history.

For years, Alien Technology overshadowed all other boutique strains as it made its way into hybrids worldwide. The alien line spawned fan favorites like Alien Apparition and Alien Orange Cookies.

However, none of the alien crosses made as significant an impact as Alien OG did. Rather than drop Alien OG through his Franchise Genetics label, Obsoul33t partnered with Cali Connection to release the seeds.

Alien OG seeds are a cross of an elite Tahoe OG cut and the groundbreaking Alien Technology strain. Tahoe OG is well known for leaning heavily to the indica side, but fewer people are familiar with Alien Tech’s even heavier 100% indica vibe.

With a lineage rooted in indica heavy hitters, it’s no wonder Alien OG has a well-deserved reputation for being incredibly relaxing and a perfect strain for high-tolerance tokers.

If you’re ready to travel through interplanetary space with this Cali Connection classic, make space in your garden for Alien OG seeds. Wanna know the best way to grow them?

Alien OG has two sides — a hybrid OG Kush side (via Tahoe OG) and a landrace Afghani side. Owing to this mix, you can expect incredibly dense buds featuring gratuitous trichome coverage.

If that sounds OK with you, then it’s time to grow some Alien OG seeds. While the strain itself is likely more rewarding for experienced growers, Cali Connection did everyone a solid and released feminized Alien OG seeds.

Anyone who has grown feminized seeds will immediately understand why this is such a come up. Feminized seeds are simply easier to grow, period. Why? Let’s count the ways…

Are you convinced about the advantages of growing feminized Alien OG seeds yet? Hopefully so — in any case, let’s move onto grow difficulty.

With a lineage stemming back to Afghan and Californian climates, Alien OG seeds are best planted indoors, where you can accurately manage temperature and humidity.

Feed Alien OG plants heavily, especially at the outset of flowering. However, make sure your soil is well-drained to avoid lockout, which stems from an over-abundance of nutes in the soil.

Alien OG plants stretch to a medium height during flowering. To control their height while encouraging horizontal bushiness and increased cola sites, top your plants frequently.

However, the sheer density of Alien OG buds means you might encounter bud rot if your environment is too humid for the plants.

The Appearance of Alien OG Weed:

Suddenly, a blinding white light blankets the room, stunning you with fear and expectation. As your vision slowly returns, you recall that this is precisely the kind of light that accompanies alien abductions.

Chill out — you’re just too high! The blinding light is coming from the Alien OG nugs you just spilled out across the table. If you think you’ve seen blindingly frosty weed before, think again — there’s nothing like Alien OG frost.

Alien OG seeds are THC dominant and register extraordinarily high THC levels during testing. Expect upwards of 20% THC potency, with some specimens going as high as 28%.

That lemon-scented Pledge spray your mom used to freshen up the house is back — in weed form. Cracking open a jar packed with Alien OG nugs brings memories of lemony house-cleaning products to mind while putting out a sweet-hash flavor on your tongue.

The following terpene compounds are responsible for these sensorial delights:

You’d expect a strain as strong as Alien OG to lay you out in an unconscious state, ready to be probed by aliens. Instead, and somewhat unexpectedly, Alien OG conjures an awesome mix of head and body high that is equal parts relaxing and uplifting.

Sure, you’ll want to take a seat and chill out, but you could also carry on your daily business while enjoying feelings of deep relaxation, well-being, and an insuppressible desire to laugh.

Euphoria, happiness, and inspiration are the calling cards of Alien OG, explaining, perhaps, why it’s so popular with Earthlings.

With THC concentration up to 28% and a subtle blend of medicinal terpenes, growing Alien OG seeds delivers a replenishing treatment for:

Owing to its potency, Alien OG weed may be too intense for novice smokers. Common negative effects include dry eyes, dry mouth, and occasional dizziness.