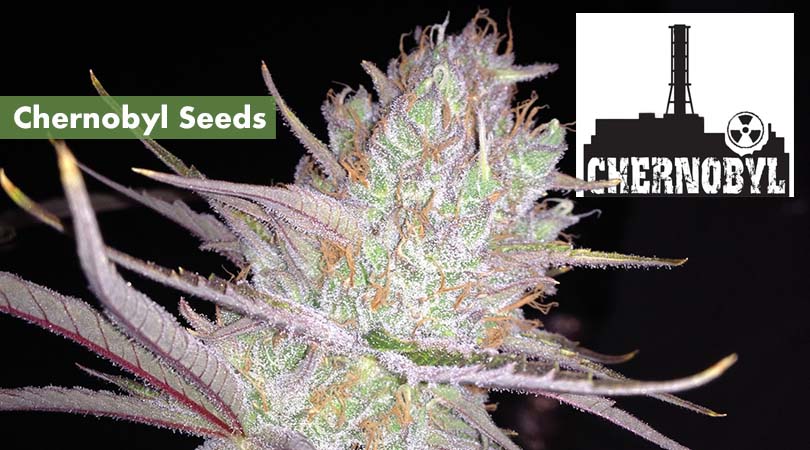 Sometimes, you just want to get wrecked and laugh the night away.

If you yearn for a socially-inviting and mood-boosting cannabis strain, look no further than Chernobyl. From mind-melting potency to mouth-watering flavors, Chernobyl is a top-ranked cannabis strain among indoor and outdoor cultivators.

Whether you’re in it for the outstanding bag appeal or to fill up your head stash — Chernobyl was created with cannabis connoisseurs in mind.

Join us as we take a deep dive into the Chernobyl strain. You’ll learn about Chernobyl’s outstanding potency, terpene profile, growth structure, and, ultimately, where to find Chernobyl seeds. 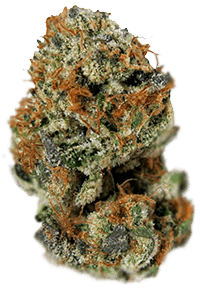 Before the dessert fad took the cannabis industry by storm, elite growers had one breeder in mind — Subcool from TGA Genetics.

Subcool was a standout cannabis breeder that brought incredibly unique genetics to the table. With a focus on distinctly fruity flavors and mind-bending potency, Subcool became a favorite among growers in the know.

Before the creation of Chernobyl seeds, Subcool was hunting for an elite Trainwreck phenotype. Once found, Subcool wanted to push Trainwreck further and create an exhilarating experience for cultivators and consumers alike.

Subcool created Chernobyl seeds with the help of Trinity and Jack the Ripper. The resulting cross was filled with lime-sherbet overtones that filled cannabis enthusiasts with utter amazement.

Ever since its release, Chernobyl is responsible for hours of laughter, mind-blowing euphoria, and face-melting potency. Sadly, Subcool recently passed away, and all the remaining Chernobyl seeds are extremely limited.

If you’re lucky enough to get your hands on a pack of Subcool’s Chernobyl seeds, let’s look at helpful cultivation tips.

First, you must understand that Chernobyl flourishes in organic soil. Subcool was a significant advocate for organic growing methods, which is why he bred all of his strains with sustainable practices in mind.

Next, you must utilize height reducing techniques to avoid Chernobyl’s aggressive growth habits.

The Chernobyl strain is easy to moderate to grow.

Depending on your skill level, Chernobyl presents a myriad of beginner-friendly traits. However, Chernobyl’s vigor adds a complex layer that catches beginners off guard. By understanding Chernobyl’s features, you can effectively adjust your garden to accommodate Chernobyl plants.

Overall, you must ensure a temperature range of 74-86°F for optimal growth. Furthermore, a moisture level of 40-45% is essential to prevent mold or mildew on the flowers or leaves.

Chernobyl is at home in both indoor and outdoor environments. However, we recommend that you utilize organic soil to cultivate Chernobyl seeds.

Indoors, Chernobyl seeds may complete the flowering cycle in as little as 7-weeks. If you grow Chernobyl seeds outdoors, you will harvest by the middle or end of September.

Chernobyl isn’t the biggest yielder on the block, but what it lacks in weight, it makes up for in pure quality.

If you grow Chernobyl indoors, expect to harvest upwards of 400-grams per meter squared. Outdoors, Chernobyl seeds can produce 400-grams per plant. Although you may hope for larger yields, the flower’s quality is breathtaking.

Without warning, Chernobyl plants can double in size in the blink of an eye. With an average height of 175cm and above, you must utilize the FIM, LST, or ScrOG techniques if working with limited space.

Outdoors, Chernobyl plants can get massive. Remember, the bigger the plant — the heavier the yield.

Chernobyl is highly resistant to common pests, diseases, and molds.

However, you cannot let your Chernobyl crop fend for itself. Instead, you must take preventative measures to fight against potential outbreaks.

Always remember to keep your garden clean with daily checks. Furthermore, bi-weekly applications of organic Neem oil will keep pests at bay. As long as you provide the optimal environment, you will have a successful grow.

The Appearance of Chernobyl Weed:

The appearance of Chernobyl weed is stunning.

Every bud that grows on one of Chernobyl’s numerous branches is pure fire. As if dipped in frost, Chernobyl flowers contain an abundance of trichomes that glisten in the light.

Chernobyl’s flowers are medium-sized and conical in shape. Lastly, Chernobyl’s calyxes produce a delicate green hue amplified by the electric-orange pistils across the surface.

Once you take a look at Chernobyl weed, you’ll jump at the chance to indulge in its creamy flowers.

As if dipped in frost, Chernobyl flowers contain an abundance of trichomes that glisten in the light.

The Chernobyl strain is dominant in THC.

The THC content of Chernobyl marijuana is lab-tested between 16-22%. At these levels, Chernobyl is packed with enough potency to send anyone’s mind sky-high.

Once you indulge in Chernobyl’s luscious flowers, you’ll come back again and again.

The three primary terpenes in Chernobyl seeds are:

If you’ve ever wondered what it’s like to have a THC meltdown, then it’s time to take a strong rip of Chernobyl weed.

As you exhale the sweet flavor of Chernobyl, prepare for blast off. Immediately, a shocking wave of energy and euphoria cascade throughout the mind and body. The urge to socialize and have fun becomes your sole focus.

In a nutshell, Chernobyl weed will turn any kickback into a full-fledged party. Remember, what happens while on Chernobyl — stays between you and Chernobyl.

With so much fun inside Chernobyl’s top-shelf buds, it’s no wonder why Chernobyl seeds are often sold out.

Whether you suffer from chronic pain or anti-social tendencies, Chernobyl is a perfect medicinal strain to get you on your feet. If you need a potent marijuana strain to find relief, look no further than Chernobyl seeds.

Here’s a list of additional issues that Chernobyl weed is known to assist:

If you consume too much Chernobyl weed, you may experience adverse effects.

Furthermore, Chernobyl is known to produce cottonmouth and red eyes.