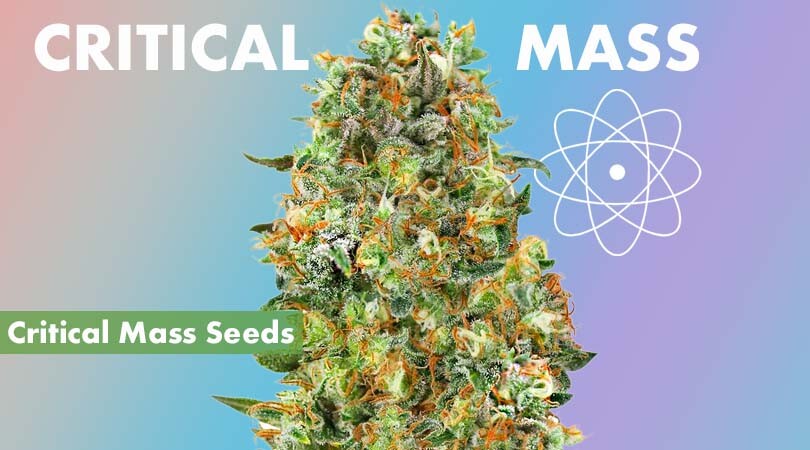 When you’re focused on producing pounds of top-shelf buds — there’s an industry secret that most professional growers reach for.

Read along as we discuss everything about the Critical Mass strain, such as its growth traits, strain information, and where to buy Critical Mass seeds online. 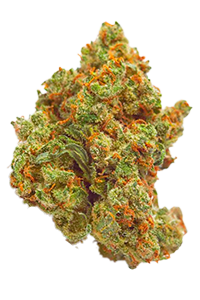 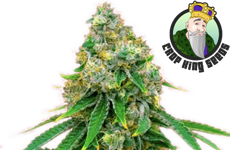 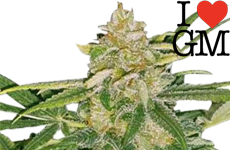 The History of the Critical Mass Strain

The Critical Mass strain was originally bred by Mr. Nice Seed Bank in the Netherlands.

The breeders of Mr. Nice Seed Bank were the two most famous breeders in the world — Shantibaba and Neville. Mr. Nice wanted to create a strain that would provide cultivators in the 90s with a secret weapon to generate massive amounts of weed.

Once created, Mr. Nice Seed Bank was blown away by the results of Critical Mass. As the name shows, Neville and Shantibaba were greeted by outrageous levels of cannabis with each harvest of Critical Mass.

Additionally, the effects were heavy-duty and enough to put any cannabis enthusiast at ease. At this point, Neville and Shantibaba knew they had created a masterpiece that would stand the test of time.

How to Grow Critical Mass Seeds

Next, let’s discuss how to get the most out of your Critical Mass seeds.

Although Critical Mass’s M.O. is massive yields — you want to squeeze it for all it’s got. Therefore, you must understand the growth traits of Critical Mass to ensure you give it everything it requires.

Below, you’ll discover if the Critical Mass strain is challenging to grow or not, optimal growing conditions, and much more. Once you finish this section, you’ll have a better grasp on cultivating your Critical Mass seeds.

The Critical Mass strain is legendary among cannabis cultivators because it’s extremely easy to grow.

From beginners to professionals in warehouses, Critical Mass is a forgiving strain that’ll help you rack up the ounces in no time. However, there are a few aspects that you want to pay attention to, such as:

The main bottleneck for beginners while growing Critical Mass is mold susceptibility. Although we’ll discuss it more in-depth below, you must understand that Critical Mass plants cannot withstand high humidity levels.

Due to this, you must prioritize your marijuana garden’s environmental conditions. If you live in an area that experiences high humidity levels, you may want to reconsider growing Critical Mass seeds.

As long as you pay attention to these factors, you’ll have a relatively easy time growing the Critical Mass strain at home.

The Critical Mass strain was originally bred in the Netherlands (Amsterdam) under indoor conditions.

Remember, Neville and Shantibaba were creating cannabis strains during the ’90s, and early 2000’s when marijuana was still illegal worldwide. Therefore, indoor conditions were the status-quo during this period.

Alternatively, Critical Mass plants enjoy outdoor conditions when exposed to a Mediterranean climate. Examples are Southern California, Arizona, Nevada, and Eastern Washington due to their warm, dry, and sunny climate.

Below, you’ll find a list of ideal outdoor conditions for your Critical Mass seeds:

Once again, the Critical Mass strain is extremely forgiving. Even if Critical Mass doesn’t receive optimized conditions, it will still produce a heavy haul. However, big yields come to those who provide the best conditions.

The flowering time of the indica-dominant Critical Mass strain sits between 7-8-weeks.

In other words, Critical Mass is a fast-flowering variety that’s perfect when time is of the essence. When grown indoors, the Critical Mass plant is usually done by day 50.

As the breeders point out — you must harvest Critical Mass’ buds on time. The reason is that Critical Mass is extremely susceptible to mold and mildew. So, do not delay harvest by a day, or you may live to regret it.

As for outdoor cultivators, you will likely harvest your Critical Mass crop by the end of September. In any case, a loupe is necessary to verify if the trichomes are ready for harvest.

This is the section that you’ve all been waiting for.

When grown indoors, the Critical Mass strain is capable of producing upwards of 750-grams per meter squared. If you’re wondering — that’s nearly two pounds of weed in a single harvest!

When cultivating Critical Mass seeds outdoors, the potential harvest per plant is 600-grams. As you can see — the real winner is those who push Critical Mass to its limit indoors.

Critical Mass plants may reach a medium to tall height when grown indoors or outdoors.

When left untrained, Critical Mass plants may grow up to six feet in height. If you cultivate Critical Mass outdoors — this may not be a problem.

However, indoor cultivators must implement training techniques, such as:

As you can see, there are a variety of methods to harness. Additionally, cultivators who are drastically limited on space must significantly reduce vegetative time to avoid an overcrowded garden.

The Achilles heel of the Critical Mass strain is its susceptibility to pests and diseases.

Specifically, Critical Mass is known to have problems with bud rot and mold due to the density of its flowers. Due to this, Critical Mass cultivators are urged to harvest on time.

If you fail to harvest Critical Mass flowers on time, you risk running into moldy flowers. Therefore, you must do everything in your power to reduce the possibility of humidity accumulation in your garden.

The best method to avoid an outbreak in your marijuana garden is via IPM. Insect pest management is the key to avoiding disaster, and we’ll list the top tips below.

After 7-8 weeks of flowers, you’ll be greeted by uniform top-shelf buds reeking of dank terpenes and glistening with potent trichomes.

Many cannabis cultivators buy Critical Mass seeds because it offers the golden trifecta of flowering speed, yield, and downright gorgeous flowers. From light green calyxes to sparkling crystals as far as the eye can see — Critical mass is a delight to look at.

Although Critical Mass is a cash cropper’s dream plant — it produces flowers that resemble limited edition strains, such as those grown by the Jungle Boys.

The THC content of Critical Mass weed stands at 18%.

However, the THC content can be much higher — especially when grown in optimal conditions and harvested on time. Additionally, the CBD version of Critical Mass typically contains 7% CBD and 7% THC.

In any case, Critical Mass is loaded with an average amount of THC that’s enjoyable for beginners and enthusiasts alike.

Another notable trait of the Critical Mass strain is its pungent aroma and flavor profile.

The three primary terpenes found in the Critical Mass strain are:

As you consume Critical Mass weed — the indica-effects supernova across the mind and body to create an epic rollercoaster of experiences.

The onset is an immediate sense of stress relief and overall bliss. Soon, the limbs begin to tingle as they lose their weight and associated pains.

As if catapulted to another dimension, users are likely to experience deep introspective thoughts and a feeling of profound comfort. Overall, the body high is exceptionally pronounced, and users may feel as if they’re moving even while sitting still.

Critical Mass elevates the senses — especially taste and touch. From eating food to intimate contact, Critical Mass is the perfect strain to indulge in sensual pleasures.

As the primary effects wane, users will likely find themselves planted on a couch or bed. Luckily, the comedown effects are gentle, and you’ll quickly drift towards the land of dreams in no time.

As you can see — Critical Mass is ideally consumed in the late afternoon or evening once your core responsibilities are complete. By doing so, you can unwind and enjoy the rest of your day with Critical Mass by your side.

The Critical Mass strain is ideal for medical marijuana patients.

If you’re ready to create a medical marijuana stockpile that will last for months on end — it’s time to pick up a pack of Critical Mass seeds.

Below, we’ve listed the primary medical issues that Critical Mass weed is known to assist:

If you consume too much Critical Mass weed — you risk experiencing adverse effects.

Overall, overindulging in Critical Mass marijuana may cause:

After this period, you may take another puff and wait for another 20-45-minutes. By doing so, you’ll experience increased effects in incremental doses. Although Critical Mass weed stands at 18% THC — the effects may catch you off guard.

As long as you responsibly consume Critical Mass — you’ll avoid adverse effects and reap the benefits.