Do-Si-Dos is an unforgettable cannabis strain topping best-of lists everywhere. Find out why in this Do-Si-Dos strain review, along with the best grow tips for big yields. 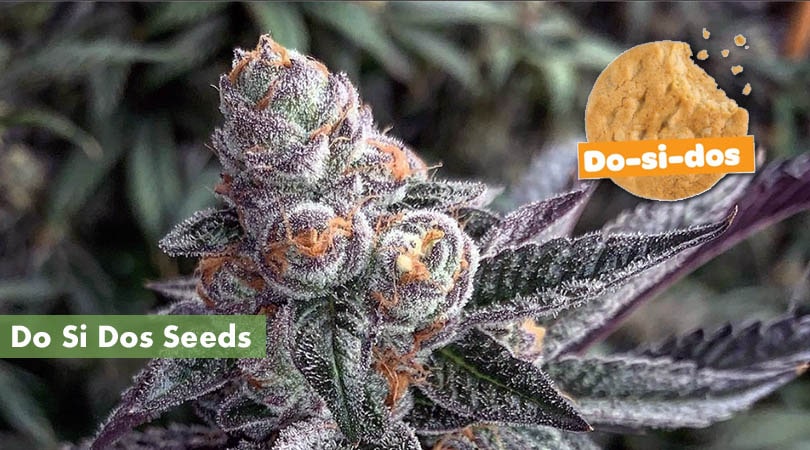 The Do Si Dos cannabis strain has taught the stoner community a valuable lesson:

Sometimes, it’s worth believing the hype.

Archive Seed Bank dropped the Do Si Dos (or Dosidos, depending on your preference) strain in 2014 to instant acclaim. At first, some skeptics claimed it was just another Girl Scout Cookies cut, but boy were they wrong.
As it turns out, Do-Si-Dos is an entirely different beast than either of its parents, combining stunner bag appeal with flavors you can only find in a dessert bakery.

Beyond just looks and flavor, Do Si Dos seeds produce pumped up yields of flowers with a potency that’s best summed up as narcotic.

So, what are you waiting for? Jump into this review to find the best Do Si Dos grow tips, strain effects, and medicinal information available anywhere. 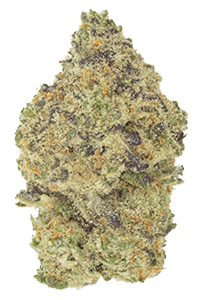 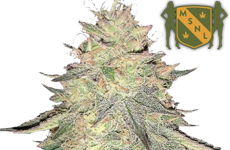 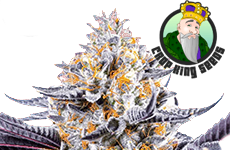 About Do Si Dos Seeds

At first, boutique strains were a pretty niche thing. It was cool that seedbanks started to do intense phenotype hunting, but no one thought much of it.

That is, until, the Jungle Boys came along.

Now, the Jungle Boys didn’t create the Do-Si-Dos strain — Archive Seed Bank did. But, the Jungle Boys have long respected Archive’s work and have done full production runs of some of the all-time greats in the Archive catalog.

Face Off OG, anyone? That was Archive.

The Jungle Boys have amassed an enormous following both in LA and outside of the West Coast in the ensuing years, but around 2014, they were mainly known as grower’s growers. All the top farms, breeders, and industry insiders not only respected them but deified them.

Fast-forward a bit, and the Jungle Boys went heavy on Archive’s Dosidos strain, an indica-dominant hybrid spawned from a cross of OGKB Girl Scout Cookies and Face Off OG bx1. You’ll note that both the GSC and Face Off OG parents are super rare phenotypes, showing the sheer depth of selection that went into breeding Dosidos seeds.

Their Do-Si-Dos drop was legendary — the strain was an instant hit and sold out everywhere. Dispensaries around California simply couldn’t keep the strain on their shelves, leading to massively inflated prices for Do Si Dos seeds.

During the hype, a pack of Dosidos seeds would’ve set you back almost $1,000 — that’s just how bad growers needed to get this strain under the lights.

Today, Dosidos strain crosses have become commonplace behind some of the fruitiest and most exotic buds you can buy. Smorez, Dolato, and Dosidos X Watermelon Zkittlez are just a few of them.

Ready to grow Do-Si-Dos yourself? Keep reading for a few key grow tips.

In many ways, Do-Si-Dos seeds are an absolute dream to work with. These seeds grow into hardworking plants culminating in show-stopping flowers with insane THC levels.

Given the immense upside of growing this strain yourself, the only thing left to do is find Do Si Dos seeds for sale, cover them in high-quality organic soil, and let the magic begin.

Today, there are three types of Do Si Dos seeds in circulation.

When flowers look, taste, and feel amazing, you expect them to be challenging to grow.

However, Do Si Dos seeds are remarkably easy to grow regardless of skill level, meaning you’ll be growing top-shelf flower without much difficulty.

With a lineage that skews predominantly to the OG Kush side, Do Si Dos seeds do best in a warm climate that’s big on lumens and low on humidity.

Temperatures should remain between 70°F and 82°F, and relative humidity should not exceed 65%. In other words, Do Si Dos loves perfect weather.

To optimize flowering time and yield, use a veganic, all-organic approach regarding both soil and nutrients. The jury is out regarding the best nutrient balance for these girls, so abide by a full-spectrum nutrient feeding calendar, watch for leaf coloration changes, and adjust accordingly.

Expect a bumper crop of up to 500 grams per square meter indoors and up to 550 grams per plant when grown outdoors.

Do Si Dos grow to manageable medium plant height. To keep them as compact as possible while accentuating light exposure across the canopy, use either SOG or SCROG methods.

Much like Girl Scout Cookies and OG Kush, Do Si Dos seeds contain resistance to mold diseases and have no known issues with pests.

However, pest control is more about you, the grower, than it is about the plant. Maintain a sparkling clean indoor environment to keep pests out of the equation.

The Appearance of Do Si Dos Weed:

Do-Si-Dos flowers are nothing short of mind-blowing when you finally meet them IRL.

No amount of Google image searching can prepare you for the day when, cracking open the dispensary pop-top, a rush of purples, deep canopy greens, and high-viz orange come flooding out toward your eyeballs.

Moreover, you’ll only catch that kaleidoscope of colors if you have a particularly un-frosty batch. That’s because Do Si Dos nugs also produce shocking amounts of sugar. To grind these nugs, you’ll have to break through the trichome layer, so make sure your kief catcher is empty.

No amount of Google image searching can prepare you for the day when, cracking open the dispensary pop-top, a rush of purples, deep canopy greens, and high-viz orange come flooding out toward your eyeballs.

Do Si Dos seeds are overwhelmingly dominant in THC, with flowers testing up to 30% THC in lab results.

Pastry dough, blueberries, and cake batter are just a few of the flavors unlocked by putting flame to Do-Si-Dos packed bowl. Do-Si-Dos seeds are rich in a unique arrangement of terpenes, creating a sensorial wonderland that feels good and tastes even better.

Effects of Do Si Dos Weed:

If you want to imagine the effects of smoking Do Si Dos weed, first, close your eyes. Imagine you’re submerged deep in warm and transparent water.

In fact, this water is body temperature, so you can’t tell where your body ends, and space begins. The longer you linger in this place, the more thoroughly you feel entirely at one with the universe around you.

So, in a word, we’re talking about pure and utter bliss.

Just as Do Si Dos seeds are packed with a rare concentration of joyous-effect bearing terpenes, they also contain an immense medicinal value for patients.

In particular, anyone treating stress, pain, or appetite-related ailments will find immediate relief from smoking Do Si Dos buds.

Here’s a list of medical issues that Do Si Dos weed assists with:

While Dosidos weed can be a bit of an energy downer for some, the only consistent negative effects reported by users are dry mouth and irritated eyes.

However, Dosidos is exceptionally potent, so new tokers beware, start with smaller hits. Dosidos is known to be a bit of a creeper — if you smoke too much, it might hit you like a brick wall later.