Treat yourself with Dutch Treat, a classic Amsterdam cafe cannabis strain. Learn how to grow Dutch Treat seeds and discover their effects in this complete strain review. 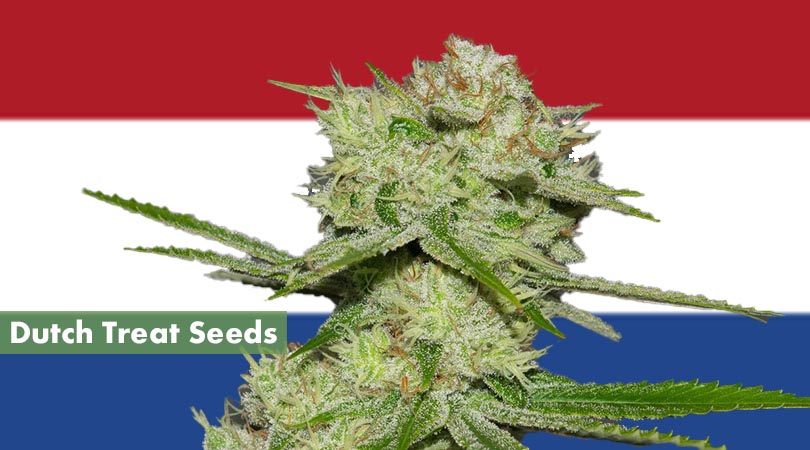 What do Mecca, Jerusalem, Vatican City, and Amsterdam all have in common? Each is a center of faith and culture.

Wait just one second — How did Amsterdam make this list?

Globally, Amsterdam is known as the center of marijuana culture. Jamaican rastas may have the spiritual side locked down, but Amsterdam has long been regarded as the unofficial home of cannabis.

The famed cafes dotting Amsterdam streets are the reason for this fame — within them, you can pick and choose cannabis strains from a menu, then smoke them on the spot with a coffee in hand.

Which strain do people reach for at the cafe? Why Dutch Treat, of course!

The Dutch Treat cannabis strain is the ultimate crowd-pleaser, giving off incredibly mellow effects while taking the fun of socializing to new levels.

Want to find out why Dutch Treat is a staple in Amsterdam cafe culture? The easiest way, aside from flying to Amsterdam yourself, is to grow Dutch Treat seeds at home.

This Dutch Treat strain review will teach you how and provide a guide to all of the strain’s recreational and medicinal effects. 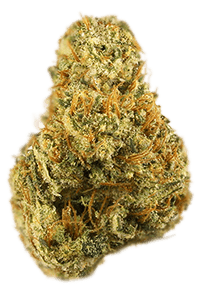 With a name like Dutch Treat and a place on the menu at nearly every Amsterdam cafe, you would think Dutch Treat seeds originated in Holland.

However, and quite randomly, the strain actually hails from Vancouver Island, Canada. If you’re wondering how a strain named Dutch Treat was created in Canada, well, the explanation is simple.

Jordan of the Islands is an old-school, highly respected cannabis cultivator responsible for early industry classics like God Bud. Vancouver Island is situated just west of metropolitan Vancouver, yet its proximity to the city poses no influence over its wildness.

Vancouver Island is a place of calm, mild weather regulated by Pacific Ocean air swirling over the island before dipping into the Strait of Georgia. Jordan of the Island uses the supreme climate and pristine ecosystem within the island bounds to breed unique strains before releasing them to the world.

While much is known about Vancouver Island’s beauty and the setting in which Jordan of the Island creates cannabis magic, the actual lineage of Dutch Treat seeds remains unknown.

Despite not releasing the strain’s genetics, JOTI has confirmed Dutch Treat is a predominantly indica strain with a minority of sativa genetics. This balance is sometimes closer to equal parts indica and sativa, depending on the phenotype.
Regardless of knowing the official indica/sativa makeup of the strain, the moment you pop Dutch Treat seeds in your garden, their predominantly indica nature goes on full display. The plants are compact and easy to manage — a couple of qualities any grower should love.
Ready to grow Dutch Treat seeds yourself? Here are a few helpful grow tips and all the information you’ll need for a successful harvest.

There’s nothing like growing a strain in possession of the golden triangle of qualities: easy to grow, compact size, heavy yield. Luckily for you, Dutch Treat seeds are a rare case containing them all.

Now, just because Dutch Treat seeds are on the more accessible side of the spectrum for growers does not mean you can grow them on autopilot. You still need to be a hands-on cultivator keeping a sharp eye over conditions like room temperature and relative humidity levels.

Beginning your grow starts with acquiring the right Dutch Treat seeds first. It all comes down to choosing between two types of seeds:

Vancouver Island is where the Dutch Treat strain was christened. But, given the plant’s indica qualities, its lineage likely traces to the Hindu Kush mountains.

The strain’s lineage indicates a preference for warm climates. Regardless of whether you pop Dutch Treat seeds indoors or outdoors, ensure temperatures fluctuate within a tight range between 68°F and 82°F.

However, given that the strain has succeeded outdoors in the Pacific Northwest, you can assume that it does tolerate occasional lower temperatures and moderate humidity quite well.

Despite those characteristics, the fat, dense buds produced during flowering easily succumb to bud rot without adequate airflow coverage over the plant’s entire surface area.

Dutch Treat plants have a short turnaround period of 6-8 weeks flowering time. Indoor growers will find themselves on the 6-week side of that timeframe, while outdoor growers will likely have to wait a little longer.

Not only are Dutch Treat seeds beginner-friendly, but they’re also heavy yielders as well. Indoors, expect up to 450 grams per square meter. Outdoor growers often pull down up to 600 grams per plant.

Dutch Treat seeds grow into compact yet robust indica plants. Stretch does occur during flowering, but not by much, with height increasing 50% at most.

Dutch Treat plants are known for growing without fuss. They easily ward of most forms of pests and mold but beware of bud rot. If you don’t provide adequate ventilation to your plants during flowering, their very dense bud structure will succumb to an entirely avoidable issue.

The Appearance of Dutch Treat Weed:

Amsterdam coffee shops are where friends meet up, casually order cannabis and coffee, then kick back while rolling up. It’s telling that Dutch Treat has become a staple in coffee shops — but why is that?

It probably has something to do with how flame Dutch Treat weed looks and feels. Just as you’d expect from indica dominant nug, Dutch Treat buds have heft and density in your hand.

Moreover, the bright green leaves are saturated with fiery pistils and snowmelt trichomes. The strain’s natural beauty lends itself to twirling a nug between your fingers, allowing light to create an awesome sparkle as it rotates.

Moreover, the bright green leaves are saturated with fiery pistils and snowmelt trichomes.

Dutch Treat seeds are high in THC and also contain up to 1% of CBG. On average, the Dutch Treat strain lands between 18%—23% THC concentration.

Dutch Treat seeds are perfect if you’re looking for something different because of their rare terpenes.

You know the saying, don’t you?

Pass the dutchie ‘pon the left hand side.

One of the most famous songs about cannabis out there, Musical Youth’s “Pass the Dutchie” coincidentally sounds like Dutch Treat. Maybe it isn’t a coincidence after all — Dutch Treat is the kind of weed you pass around with friends.

Expect immense relaxation that puts everyone in a head-bobbing mood while still having the energy to talk, laugh, and while away the day in a cafe, on a porch, or during a work break.

There aren’t many downsides to smoking Dutch Treat weed. Expect the usual dry mouth and dry eyes and light dizziness if you overindulge.