Get the lowdown on Ghost OG, the world's strongest cannabis strain, in this guide. Learn how to grow this incredibly dank strain and the best places to buy Ghost OG seeds online. 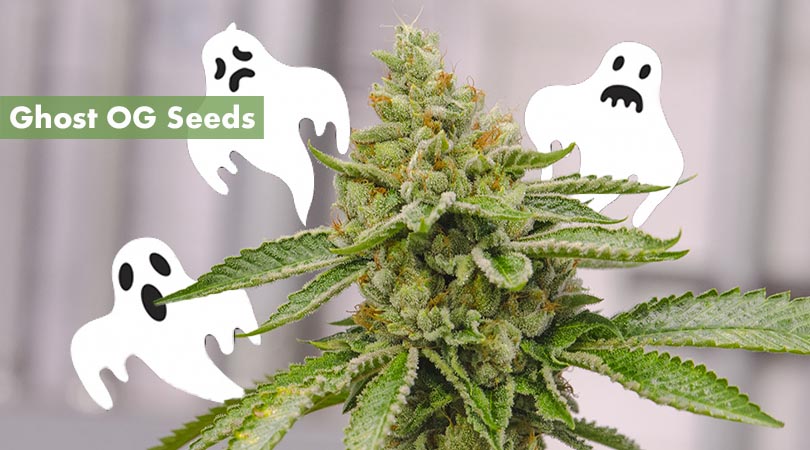 Say hello to the one and only Ghost OG.

Perhaps you’ve heard whispers about this strain or momentarily caught conflicting online discussions about its origins. Unlike other big-name strains like Bruce Banner, the Ghost OG story is less clear-cut.

Other strains might occasionally test above 28% THC, but few can repeat those results. Even fewer can do so with panache. Ghost OG not only routinely tests between 28% and 33% THC, it does so while emitting the loudest rocket-fuel aromas this side of SpaceX headquarters.

Without further ado, let’s dive right into the origins of one of the most groundbreaking strains in cannabis history.

After a quick history lesson, you’ll find everything you need to grow Ghost OG seeds yourself. 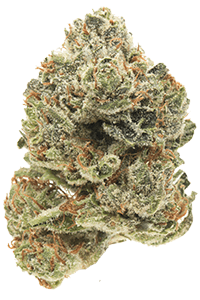 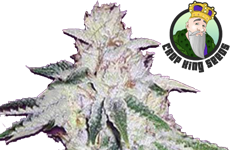 Marijuana prohibition has done wonders for the cannabis community. Between the 1960s and 1990s, prohibition forced growers to secretly connect and cultivate outstanding genetics purely out of passion rather than commercial purposes.

After the advent and proliferation of the internet, growers took to online forums to share cannabis knowledge, grow tips, and even cuts of now-legendary strains. As it so happens, Ghost OG was just such a strain.

The history of Ghost OG seeds tracks right back to Overgrow.com, the forum responsible for kickstarting the entire modern cannabis scene. Every hybrid with a connection to OG Kush is indebted to the pioneers from the Overgrow forum, especially one pioneer in particular.

That pioneer is OrgnKid. Have you seen this name before? If you’ve spent time tracking down OG Kush seeds and crosses, odds are you’re familiar with the OrgnKid handle.

In the early Overgrow days, plenty of now-famous breeders were very active online. They disseminated invaluable information and pushed plants’ limits, founding many of the trends that have only recently trickled down to dispensaries worldwide.

At the time, OrgnKid was an active breeder of OG Kush genetics and kept a highly regarded selection of clones at his discretion. Forum members routinely sought trades with OrgnKid, but few received them.

However, one forum member named Ghost was successful. He either bought or traded for an exceptional OG Kush cut tended by OrgnKid, giving rise to the Ghost OG strain. In a display of OG Kush’s sheer versatility, Ghost OG is simply an incredibly dank and potent phenotype discovered by a master breeder.

To satiate demand, OrgnKid released a limited run of feminized S1 Ghost OG seeds. As you can imagine, those seeds were instantly snapped up.

Today, packs of the originals occasionally trade hands for big bucks, but several breeders preserved the genetics and have passed them on as new generation Ghost OG seeds, or as hybrids such as Casper OG (Ghost OG x Face Off OG).

Growing Ghost OG seeds yourself is an incredible way to connect with cannabis history. The next section teaches you how, so don’t change the channel.

Growing Ghost OG seeds is the direct path to connecting with the cult of OG Kush. There’s simply no way to truly understand what makes this strain so great without having it grow in your garden.

Given the sheer prevalence of Ghost OG genetics in strains like Ghost Train Haze, Rug Burn OG, Private Reserve OG, and Star Killer, it’s safe to say you should get these in the soil ASAP.

OrgnKid released feminized Ghost OG seeds to the great benefit of novice and experienced growers everywhere. Feminized seeds result in 100% female plants during flowering, giving you a big leg-up since you won’t have to weed out male plants.

However, these aren’t the easiest plants to grow, and you’ll need to keep a good stock of organic nutrients handy. All the details you need for popping Ghost OG seeds are below.

Ghost OG seeds are rated medium to difficult for beginners, but experienced growers should have no trouble growing them out.

Remember, Ghost OG seeds are simply a choice cut of OG Kush. So, if you know your cannabis plants, then you should know OG Kush loves Mediterranean climates. Think warm, dry, sunny weather that is, for lack of a better word, just perfect.

If you’re in a cold climate or one with tons of summer humidity, plant Ghost OG seeds indoors in organic soil. You could opt for a hydroponic setup if you prefer, but soil produces better results.

Keep temperatures locked between 68°F and 85°F, with relative humidity consistently below 55%. Airflow should touch the entire plant, including the lower stem, to ward off bud rot.

Your Ghost OG plants will grow with a compact and bushy structure that does best when controlled with SOG and SCROG techniques. Prune lower leaves where they reduce airflow between plants to focus their upward energy toward the canopy.

Expect a flowering time between 8 and 9 weeks. Some phenotypes err towards the 10-week mark, but they’re less common.

Indoors, expect between 400-500 grams per square meter. Outdoors, each plant is capable of producing about 550 grams.

Depending on the phenotype, Ghost OG plants have short to medium-compact height profiles. Ghost OG is a hybrid with occasional sativa tendencies, such as continued stretch after 12/12.

To contain their stretch, top your Ghost OG plants often during vegetation.

Ghost OG seeds are resistant to most pests and mold, but their dense bud structure makes them susceptible to bud rot.

The Appearance of Ghost OG Weed:

With THC levels topping out above the 30% mark, it’s no wonder that Ghost OG nugs are covered in dense layers of trichomes. A sugar-coating of coarse crystals makes it so that as you break the nugs up before rolling a joint, you can audibly hear the crystals tap the table as they fall.

Ghost OG buds are shaped like fat, incongruous diamonds wrapped in bright orange tendrils that safeguard the THC. Their bag appeal is only bested by the insanely loud aroma that hits your nose when you crack the jar.

With THC levels topping out above the 30% mark, it’s no wonder that Ghost OG nugs are covered in dense layers of trichomes.

If you’re expecting a 33% THC strain like Ghost OG to knock you out, you’re only half correct. Yes, this is some incredibly potent bud, but its effects are far from inducing couch-lock when dosed appropriately.

As an indica-dominant hybrid, Ghost OG treads the middle ground between physical relaxation and euphoric, inspired mental clarity. This strain can be whatever you need it to be, day or night, so long as you respect its power and inhale more than your tolerance can handle.

While extreme potency isn’t a massive concern for recreational users, medicinal consumers will genuinely appreciate the punch packed by Ghost OG. Use this train when to effectively treat:

Expect the usual dry mouth and eyes when smoking Ghost OG, but it’s the strain’s potency that should concern you. Start with one hit, let it settle in, then proceed with the next if needed.