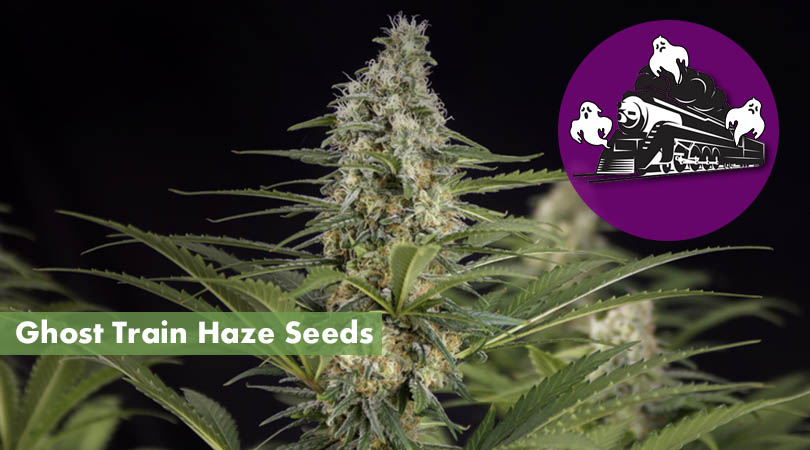 Life is too short to grow lackluster weed.

Instead of growing the same ol’ strain season after season, why not aim for the stars? There are thousands of cannabis strains at your fingertips, yet, only a handful are genuinely worth your time. 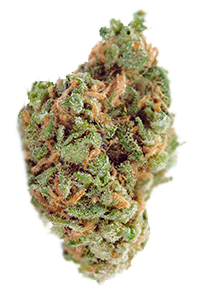 The name of a cannabis breeding company should give you insight into its ethos, and Rare Dankness does exactly that. First of all, Rare Dankness only breeds new strains with ultra-rare cannabis varieties. The fruit of Rare Dankness’s labor is nothing but unadulterated fire.

The breeders at Rare Dankness hold the most original cuts of cannabis strains in their genetic library. To this day, Rare Dankness owns Ghost OG, SFV OG, The Triangle, Poison OG, and many others. Overall, their list of original cannabis stock spans 30-years of preservation.

Rare Dankness decided to turn their preservation efforts into breeding projects. One of their most famous endeavors was the Ghost Train Haze strain.

The breeders at Rare Dankness crossed Ghost OG to Neville’s Wreck. The outcome? Ghost Train Haze #1 seeds. Ghost Train Haze quickly swept up every cannabis award it could find, and it immediately became a worldwide hit.

If you’re ready for a Haze and OG collabo that’s one of the strongest strains in the world — Ghost Train Haze is a perfect choice.

You can now find regular and feminized seeds of Ghost Train Haze to kick your grow room into high-gear.

The Ghost Train Haze strain offers a wide range of characteristics. Since it hails from Ghost OG and Neville’s Wreck, you can expect a near even mixture of sativa and indica traits.

However, Ghost Train Haze leans on the sativa side, so you must plan your garden carefully. As such, remember that Ghost Train Haze is not a heavy feeder. If you want your GTH crop to produce excellent results, don’t overdo the fertilizer.

If you want to grow Ghost Train Haze seeds, you’ll need to pick between two types that will significantly impact your experience.

As long as you have patience and the will to learn about cannabis cultivation techniques, you can grow Ghost Train Haze buds, regardless of your skill level.

Once you complete this review, you’ll be ready for anything that Ghost Train Haze throws at you.

The Ghost Train Haze strain prefers a Mediterranean climate. The ideal temperature range for Ghost Train Haze is between 70-85°F. You must maintain a relative humidity of 40-45% to avoid any instance of bud rot or mold.

Ghost Train Haze seeds can be grown outdoors and indoors. Regardless of your preference, you can be sure that GTH is ready to produce nothing but dankness.

The yield of Ghost Train Haze is moderate.

If you grow Ghost Train Haze seeds indoors, you must implement one of the following techniques to maintain a manageable height.

The Ghost Train Haze strain is moderately resistant to common diseases and pests.

To ensure a healthy crop, you must monitor the temperature and humidity. An application of organic Neem oil before flowering is essential to deter pests, such as spider mites and thrips.

Here’s a list of tips to disease and pest free cannabis garden:

We can describe Ghost Train Haze’s appearance in one word — wild.

Ghost Train Haze’s buds are covered in foxtails that look like dreadlocks. Each foxtail emits sturdy calyxes that burst forth electric-orange pistils. Furthermore, the entire bud is coated in a layer of frost that you wouldn’t believe possible.

Ghost Train Haze flowers are enough to make any cannabis extractor blush. If you want weed that will make you speechless — this is it.

Ghost Train Haze’s buds are covered in foxtails that look like dreadlocks. Each foxtail emits sturdy calyxes that burst forth electric-orange pistils.

The dominant cannabinoid found in Ghost Train Haze seeds is THC — and a lot of it.

Ghost Train Haze was disqualified from a cannabis competition in 2011 because it tested at 27% THC. The roundtable of judges agreed that weed couldn’t be this strong.

Well, Ghost Train Haze came back the next year and took home the Strongest Strain on Earth award.

If you are a novice, it’s best to leave the Ghost Train Haze behind.

Overall, each terpene mixes with the other to create a distinct profile that will make your senses go wild. The unique blend of haze, spicy floral notes, and ripe fruit is something you’ll never forget.

Lastly, break apart the buds of Ghost Train Haze at your discretion. While intact, Ghost Train Haze reeks a decent amount and will make anyone nearby turn their heads. Once broken apart, however, get ready for a nasal riot.

As if the terpenes are desperate to escape, the moment you break apart GTH’s flowers, it will prove to shock anyone’s nostrils in the immediate vicinity.

All aboard the Ghost Train Haze express.

The effects of Ghost Train Haze are mesmerizing — if you can handle them. You must understand that Ghost Train Haze contains a THC concentration that brings even the most hardened tokers to their knees.

As you inhale the hazey-citrusy-dank flavor of Ghost Train Haze — tighten your seatbelt.

Ghost Train Haze doesn’t wait for a green light, but instead, goes from 0-60 instantly. Expect a cerebral effect that soars across the sky and forces you to laugh at anything and everything. From here, you may experience a strong tingly sensation throughout your limbs.

Next, if you never considered yourself a chatty-type, you will be. Ghost Train Haze’s effects will spur you to talk to anyone with enough gusto to make you seem like a seasoned statesman.

After 2-3 hours, the haze will lift from your eyelids, and you will experience a profound sense of relaxation.

With so many therapeutic benefits, it’s no wonder why medical users in the UK and the USA prefer Ghost Train Haze seeds.

The primary adverse effect of consuming Ghost Train Haze weed is paranoia. If you take one-hit-too-many, prepare your mind for a rollercoaster that you can’t get off.