An informative guide on the legendary Hash Plant cannabis strain. You'll find everything from A-Z, from the best cultivation tips to where to find Hash Plant seeds online. 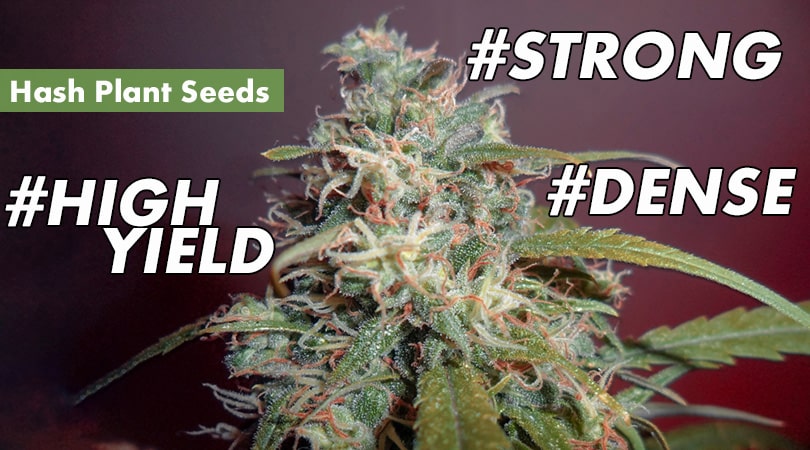 Although indica-dominant cannabis strains rule the roost, it is increasingly difficult to find a pure or nearly landrace indica. Filled with pain-relieving and sleep-inducing properties, indicas are what dreams are made of.

As cannabis hybridization continues to push pure lines of indicas to the brink of extinction, there’s no better time than now to find a fast-flowering indica that’s easy to grow. Luckily for you, there is an indica that fits the bill.

Meet Hash Plant, a world-renowned indica strain filled with everything you could ever ask for in a cannabis plant. Read along to understand how to grow Hash Plant seeds into a bountiful harvest and the therapeutic effects to expect. 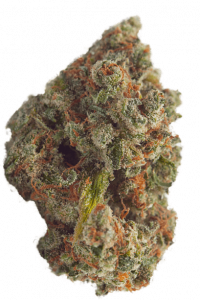 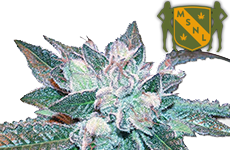 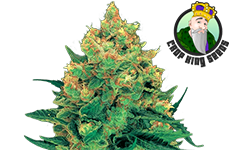 The Hash Plant cannabis strain has a long history.

Originally, Hash Plant was an unhybridized landrace Afghani that grew wild in the famed Hindu Kush mountain range of Afghanistan. This Afghani strain was known to local farmers because they traditionally rubbed the resin-coated flowers to produce hash balls, known as charas.

As a user smokes charas derived from Afghani, an opioid-like effect takes hold, and the user falls into an unrivaled state of bliss.

Upon learning of such a legendary strain, Dutch breeders set off on a remarkable journey to locate it. What they found was a unique phenotype of Afghani that was unparalleled in its therapeutic qualities and ease-of-growth.

Although the history books are a little hazy at this point, it’s believed that the original Hash Plant cultivar was transported to the Pacific Northwest in the USA. Soon after, Hash Plant cuttings were once again shipped across the Atlantic, where they landed in the hands of Sensi Seeds.

Sensi Seeds crossed the original Hash Plant phenotype with Northern Lights #1 — another landrace Afghani. From this point on, Hash Plant seeds were born and continue to leave their mark in the cannabis industry.

Whether you’re a beginner or a seasoned green thumb, growing Hash Plant seeds is easy.

One of the unique characteristics of the Hash Plant strain, or any Afghani for that matter, is that they are not picky.

However, this does not mean you should abuse your Hash Plant crop, but instead, be aware that you can allow them to grow on cruise control.

Hash Plant comes from a place that’s filled with bright sunlight and low humidity. The Hindu Kush mountain range is rugged, which is why Hash Plant seeds are known to be drought and heat resistant.

The optimal climate for growing the Hash Plant strain is a Mediterranean region. An excellent example of an area to grow Hash Plant seeds is in Southern California. However, Hash Plant has a broad range, which is why it’s such an accommodating cannabis strain.

The Achilles’ heel of Hash Plant seeds is the fact that it does not enjoy high humidity. If you live in an environment that’s prone to high humidity, you must provide a means to reduce the moisture to a maximum of 45% RH.

Depending on the phenotype, you can find Hash Plant seeds that will finish flowering between 6-8-weeks. Whether you’re a home gardener or a commercial cultivator, this should be music to your ears.

With so many incredible traits, you must think that there’s a catch.

It’s not every day you find a nearly pure indica that has a short flowering time that yields buckets of buds drenched in trichomes.

The Hash Plant strain stays true to its Afghani roots.

This means that Hash Plant seeds will grow into small and bushy cannabis plants. Typically, the Hash Plant strain reaches a maximum of 3-4′ in height; however, it can push beyond this given the phenotype.

When growing Hash Plant seeds outdoors, you can let Hash Plant reach its potential. Instead of towering into the clouds like a sativa, the Hash Plant strain will branch outwards to bask in the sun.

Hash Plant seeds are incredibly versatile because they are willing to grow nearly anywhere.

By crossing the original Afghani to Northern Lights #1, Hash Plant seeds were endowed with resistance against mold and mildew. However, this resistance only goes so far, and you must ensure that your garden retains a low relative humidity level.

The best technique to ward off mold and mildew from Hash Plant’s obscenely dense buds is to incorporate a variety of air circulation methods.

The Appearance of Hash Plant Weed:

The buds from the Hash Plant strain are a sight to behold.

Each bud site from Hash Plant will produce gorgeous flowers that are outrageously dense and resemble the snow-capped mountains of the Hindu Kush range. Once you take a single glance at Hash Plant’s buds, you’ll quickly realize why it’s called Hash Plant.

Light green hues, plump calyxes, oversized trichome glands that you can see with your naked eye, and vibrant orange pistils are what you’ll find on each of Hash Plants flowers. Without a doubt, the Hash Plant seeds produce showstopper flowers that will make even the most discerning cannabis connoisseur look twice.

Each bud site from Hash Plant will produce gorgeous flowers that are outrageously dense and resemble the snow-capped mountains of the Hindu Kush range.

Hash Plant seeds are THC dominant. Although the Hash Plant strain is known for its medical effects, THC takes the leading role. Hash Plant seeds can produce upwards of 20% THC; however, the typical THC range is between 15-18%.

Although this a cannabis strain that nearly anyone can enjoy, Hash Plant is known to promote powerful effects that may catch you off guard if you overindulge.

Hash Plant seeds contain a plethora of terpenes that make up its distinct aroma and flavor profile. However, three dominant terpenes that play the most significant role in the Hash Plant strain.

As you unseal a Ball jar packed with Hash Plant buds, a fragrance that is floral, pungent, spicy, and sweet will transport you to a far-away place.

The caryophyllene found in Hash Plant seeds is dominant and produces the distinct spicy flavor and aroma associated with hashish.

The myrcene found in Hash Plant seeds is believed to produce a subtly sweet flavor that will keep you coming back for more.

The bisabolol found within Hash Plant seeds provides an herbaceous and semi-sweet aroma and flavor that’s reminiscent of chamomile.

If you’ve ever read the Count of Monte Cristo by Alexandre Dumas, then you must remember the sleep-inducing cannabis pill that the Count provides to multiple people. The Hash Plant strain must be the same strain the Count used because Hash Plant provides a full-body stone that always results in a good night’s rest.

As you exhale a lungful of Hash Plant smoke, the world will suddenly become a stress-free paradise. The weight of your body disappears, and all of your pains quickly vanish. Typically, these body-numbing effects last for 2-3 hours and an urge to lie down and fall asleep follows.

In other words, Hash Plant seeds carry some of the most peaceful and tranquil effects that you can experience while consuming cannabis.

The Hash Plants strain is perfect for medical marijuana patients.

Thanks to its high THC content and unique concentration of therapeutic terpenes, Hash Plant seeds contain medical properties that make your pharmaceutical drugs obsolete. Here’s a list of medical conditions that the Hash Plant strain can assist with.

The only adverse effect of the Hash Plant strain is that you will likely have a dry mouth and red eyes. By overindulging, you’ll find yourself in the dream world much faster than anticipated.