An in-depth review of the legendary Mimosa strain. Learn everything about the Mimosa strain, such as its breathtaking effects and where to find genuine Feminized Mimosa seeds online. 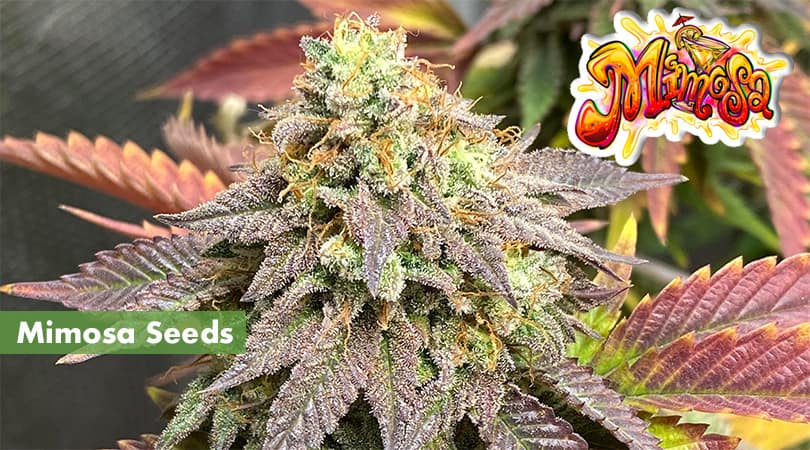 Whether it’s Sunday or any ol’ day — the Mimosa strain is the perfect companion for breezing through the day or night with good vibes. 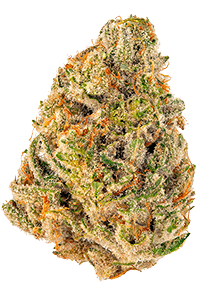 The Best Mimosa Feminized Seeds in 2023: 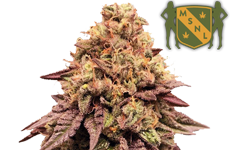 About the Mimosa Strain

Considering the absolute perfection of Mimosa — it’s challenging to imagine what it took to craft such top-shelf genetics.

However, everything makes sense once the name of the breeder comes to mind — Symbiotic Genetics. That’s right; the same California-based breeding group who’s responsible for the creating hit after hit of top-shelf weed strains.

The breeders at Symbiotic Genetics created Mimosa seeds by combining Clementine and Purple Punch. If you don’t know, both of these strains are legends in their own right — especially Purple Punch.

With the Palmares of its predecessors, Mimosa is loaded with unbelievable characteristics that’ll make the most discerning weed enthusiast blush.

However, Mimosa was nearly impossible to find in regular form. Luckily, Feminized Mimosa seeds were created to allow growers around the world a chance to experience its deliciously potent traits.

Since the release of the Feminized version of Mimosa to the general public, it’s clear that everyone needs some Mimosa weed to get the day started right.

Although the Mimosa strain has yet to take the coveted Cannabis Cup Award — Feminized Mimosa is the secret weapon for cultivators that prize quality above all else. Additionally, Mimosa fans have taken to calling it Purple Mimosa due to the unmistakable color of its buds come harvest time!

If you’re lucky enough to buy a real pack of Feminized Mimosa seeds — you need to play your cards right.

In other words, each Mimosa seed is worth ounces of beyond top-shelf buds, meaning you need to take extreme care to ensure germination goes off without a hitch. Aside from the potential of each Mimosa plant — the investment is nothing to sneeze at.

With a bit of TLC, your Mimosa seeds will soon transform into vigorous plants that will eventually produce ounces of buds covered in slabs of resin.

Overall, Mimosa is rated as easy to moderate to grow.

Therefore, it’s best to wait until you have a few harvests under your belt before sprouting your Feminized Mimosa seeds. Remember, you want to make sure each of your Mimosa seeds count — they aren’t cheap!

However, growers with cannabis cultivation experience will find Mimosa relatively easy to grow. As long as environmental, nutritional, and water requirements are met — Mimosa plants will flourish in your garden.

Mimosa was born in California, making Purple Mimosa a fan of Mediterranean climates.

If you grow Mimosa outdoors, you must find a location with adequate sunshine, healthy soil, and access to plenty of water. However, Mimosa is known as a rather rugged strain — considering most NorCal growers pump out pounds of Mimosa bud in the mountains of Mendocino.

If you grow Mimosa indoors, however, it doesn’t matter what your outdoor climate is like. Instead, your climate controller (paired with a heating/cooling system) will optimize the environment to the perfect temperature for your Mimosa plants.

Therefore, skilled and semi-skilled growers can produce beyond top-shelf harvests of Mimosa weed with relative ease in indoor environments.

The flowering time of Mimosa is 8-10-weeks.

As you can see — the low-end of the spectrum is 8-weeks. If you find an 8-week phenotype — consider yourself lucky!

In any case, Mimosa is a sativa-dominant hybrid, and 9-weeks is below average for most sativas. Therefore, Mimosa flowers are on the fast side when compared with other sativa-dominant varieties.

Additionally, indoor cultivators may find that their Mimosa crop flowers faster compared to outdoor crops. When grown outdoors, most cultivators harvest the Mimosa strain at the beginning of October.

The best part about growing Mimosa is that you’ll be stocked with wake-and-bake weed for the rest of the year.

When grown indoors, Mimosa can produce 500-600g/m2. If you grow Mimosa outdoors, each plant can produce up to 500-grams.

As you can see — you’ll never have a shortage of Mimosa weed to accompany your brunch!

Although Mimosa is considered sativa-dominant — it grows like a true hybrid.

Overall, indoor growers will be pleased by the Mimosa strain’s medium height. As long as a minimal veg period is achieved, the final height may be as low as 100cm.

If a longer vegetative period is followed, such as in an outdoor environment where the photoperiod is not manipulated, the final height may be 180cm.

In other words, the height of Mimosa plants is manageable.

One of the best traits of the Mimosa strain is its high resistance to pests and diseases.

Primarily, Mimosa plants can fend off mold, such as bud rot. Additionally, annoying pests like spider mites may not take hold of your Mimosa plants, especially when implementing a sound IPM strategy.

The best practices to ensure the health of your Mimosa crop are:

The Appearance of Mimosa Weed

As you open a jar filled with Mimosa weed — your eyes become transfixed on the pink and purple hues of the Mimosa flower.

Unlike anything you’ve ever seen, the Mimosa strain produces medium-sized buds that glow with the color of a California sunset. The pink and purple colors collide to form an almost unreal appearance — something only found with Mimosa.

As a cherry on top — Mimosa flowers produce an obscene amount of resin across the surface of each bud. The trichomes glitter in the light, making the color scheme even more unbelievable.

If we’re judging a book by its cover — the Mimosa’s buds are as fire as it gets.

The pink and purple colors collide to form an almost unreal appearance — something only found with Mimosa.

When people hear the name Mimosa — they automatically think it isn’t potent.

However, traditional mimosas are meant to be deliciously strong. After a few mimosas, you’ll find yourself staggering and wondering what you even ordered for brunch.

Mimosa works in the exact same manner, and with over 22% THC — you can bet your bottom dollar it’s going to blow your hair back.

Mimosa plants can reach up to a mind-blowing 30% THC depending on the grower’s phenotype and skill. Overall, if you’re searching for a heavy-hitting strain for this year’s garden — a pack of Mimosa seeds is all you need.

Next, let’s talk about the flavor and aroma of Mimosa.

Once you begin your Mimosa seeds, you won’t notice much smell. However, once in the vegetative stage, the aroma of your garden will increase significantly.

Once in full bloom — you better have a good alibi on why your house or apartment or backyard smells like dank fruit punch, citrus rinds, hashish, and fermenting berries.

When fully cured — Mimosa flowers are one-of-a-kind in terms of flavor and aroma. From loud accents of citrus spritz to berry dankness, Mimosa will put your senses into full send mode.

Effects of the Mimosa Strain

Regardless of how you consume Mimosa weed — it’ll get the job done.

As you inhale the vapor or silky smoke, Mimosa will immediately take effect once you exhale. Before the smoke clears, you’ll find yourself stimulated with an alertness that’s unlike anything else.

From increased awareness to energy, your entire world opens before you once Mimosa’s effects take charge. The mind fills with positive energy, creative thoughts, and an abundance of euphoria.

However, the more you toke — the more the effects head toward a more relaxing spectrum. Therefore, always consume Mimosa weed slowly until you become accustomed to its hard-hitting THC content.

In any case, the high of Mimosa last anywhere from 1-4-hours (or more for novices). As the experience comes to a close, a deeply relaxed feeling can transform into blissful sleep.

Therefore, you may be wondering — is Mimosa an indica or sativa? Although overwhelmingly sativa, Mimosa seeds may produce phenotypes that lean indica or 50/50.

In other words, only you can decide if your Mimosa pheno is sativa-dominant or at the hybrid crossroads.

Medical Properties of the Mimosa Strain

Mimosa is one of the best varieties for medical marijuana patients.

Although Mimosa seeds do not produce flowers that contain CBD — it’s clear that it can help with a myriad of medical issues. Here’s a list of the major medical attributes that Mimosa can assist with:

Once you get your hands on verified Mimosa — your medicine cabinet will always be full of top-shelf help.

Negative Effects of the Mimosa Strain

With so many positive attributes, it only makes sense that there are a few adverse effects while indulging in Mimosa.

If you consume too much Mimosa weed — you may experience:

Additionally, if you’re new to cannabis — take it easy with Mimosa. The THC content is incredibly high, making Mimosa a one-hit-quit for most.

Therefore, always gauge your tolerance and adjust your intake accordingly for an enjoyable time with Mimosa.

The Best Mimosa Feminized Seeds in 2023: