November 2022 Update:
When it comes to cannabis seeds, it’s always wise to keep an eye on which seed banks currently deliver the most reliable shipping to your corner of the world. We aim to minimize your odds of encountering shipping or customs issues and ensure your seeds reach their destination on time. To ease your shopping experience and keep you in the know, we frequently update this window.

Your complete guide to Obama Kush, a fast-finishing indica cannabis strain. Learn how to grow Obama Kush seeds and more in this review. 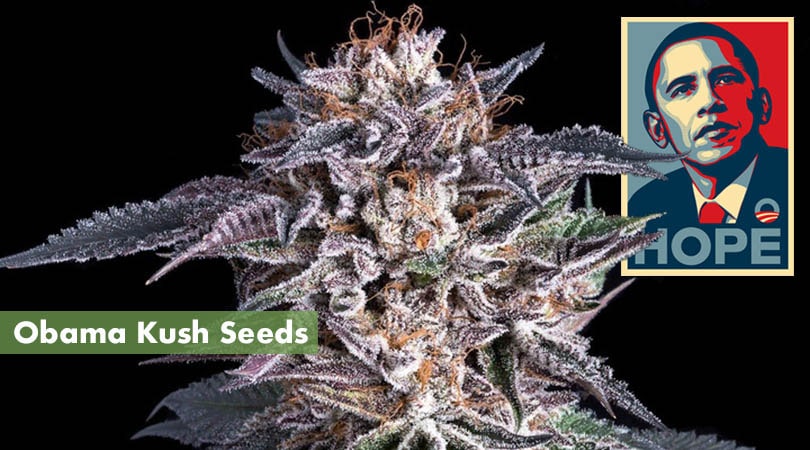 Presidential terms last for four years. However, if you’re a popular president like Barack Obama was, re-election keeps you in the White House for a second term.

Just like the former president, Obama Kush is a cannabis strain with a very high approval rating across the board. Obama Kush checks all the boxes people care about come re-up at the dispensary time, including potency, flavor, aroma, and medicinal value.

Obama Kush is an incredible indica cannabis strain that goes heavy on the physical relaxation while keeping your mind in play. So, while other indicas make you drool yourself to sleep, this one keeps you active enough to engage in some educated political discourse.

This Obama Kush review contains everything you need to know about cannabis’s most presidential strain, including growing Obama Kush seeds at home. 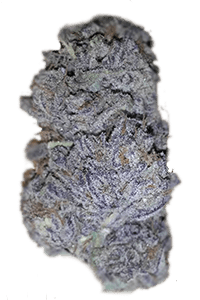 Obama was a champion of the people — but so too is good indica nug. It makes plenty of sense then that a potently relaxing strain should be named after him.

It’s fitting that Obama Kush hails from Michigan, a neighboring state to Illinois, where the former president calls home. Bred by Superior Genetics, a small medicinal cannabis bank, Obama Kush seeds were created as a frontline medicine for cancer patients.

Obama Kush is a cross between OG Kush and Afghani. The former is world-renowned for its incredibly chill effects that don’t quite put you to bed, while the latter is an indica par excellence.

Afghani is the basis for many of the cannabis world’s most potently sedative strains and is usually a medicinal smokers’ first port of call when seeking pain relief.

If you know your cannabis history, then you’ll remember Afghani as the ultimate go-to strain for creating hash. Afghani trichomes literally melt off of the leaves, creating an incredibly stony body high.

Moreover, the admixture of Afghani and OG Kush results in a compact plant profile seen as a significant boon for growers short on space or trying to maximize grams per watt.

Naturally, you’ll want to get Obama Kush seeds planted in your garden if efficiency, large yields, and supreme indica genetics are your thing.

Good thing the next section gives you a detailed guide for growing Obama Kush seeds to perfection.

There’s something to be said for growing out big, vertical sativa plants with incredible yields. But, you know what those outsized sativa bushes can’t do? Provide melty indica nugs.

Obama Kush seeds have so many positives going for them that they’re impossible to ignore. They grow stout, compact, and take maximum advantage of every square meter. The result is your grow room operates at the limits of efficiency, meaning you extract every last gram per watt possible.

Such efficiency lowers costs associated with growing, and also means you’re doing a big harvest without losing space and light. If you’ve gone ahead and made the executive decision to make Obama Kush seeds a part of your next grow, choose between two seed options.

As a rule of thumb, any strain name ending in kush or OG will love warm, dry weather. Unless you’re living in California, Oregon, Colorado, or a similarly sunny and arid climate, growing Obama Kush seeds outdoors might be challenging.

Therefore, it’s better to sow your seeds indoors first, get used to the plant’s quirks, then move outdoors if your climate zone will do right by your plants. Keep temperatures between 70°F and 85°F — a little to one side or the other of that range is tolerable.

Humidity-wise, don’t exceed 65% relative humidity, and kudos if you can keep conditions under an optimal 55% range.

As with other OG varieties and offspring, keep your Obama Kush plants stocked on CalMag throughout the vegetative phase, and ensure their overall vitality with organic amendments.

Obama Kush plants are short to medium-tall in height, depending on the phenotype.

High pest and mold resistance is a natural trait of Obama Kush seeds.

The Appearance of Obama Kush Weed:

As you inaugurate your new bong with a presidential smoke out, nothing could be more fitting than loading up with Obama Kush.

Like a true OG, Obama Kush nugs are dense, shaped like oblong pears, and vary in leaf color from deep green to purple nighttime shades. Taking after their Afghani heritage, these resinous nugs shine with more splendor than the White House’s state dining room.

Taking after their Afghani heritage, these resinous nugs shine with more splendor than the White House’s state dining room.

If you’ve been searching after a best of both worlds strain, look no further than Obama Kush.

The second brings the strain’s physical effects into key. Enjoy immense body sedation that can only be likened to swimming in a perfectly temperate pool of water.

Towards the high’s tail end, your heightened sense of mental well-being blended with floating bodily equilibrium lulls you into a peaceful sleep, capping off an easy-going night.

Expect a case of dry mouth and red eyes, but it’s nothing a glass of water and drops of Clear Eyes can’t fix.

Although Obama Kush isn’t remarkably potent, it can definitely hit you hard in the sleep department.

Don’t smoke in excessive amounts if you have things to do. Otherwise, they’ll almost certainly be put off until tomorrow.

Strains of the Month
November 2022