This Platinum OG strain review explores the best grow tips, indica effects, and medicinal uses of a true heavy-hitter. Find everything you should know, including where to buy Platinum OG seeds. 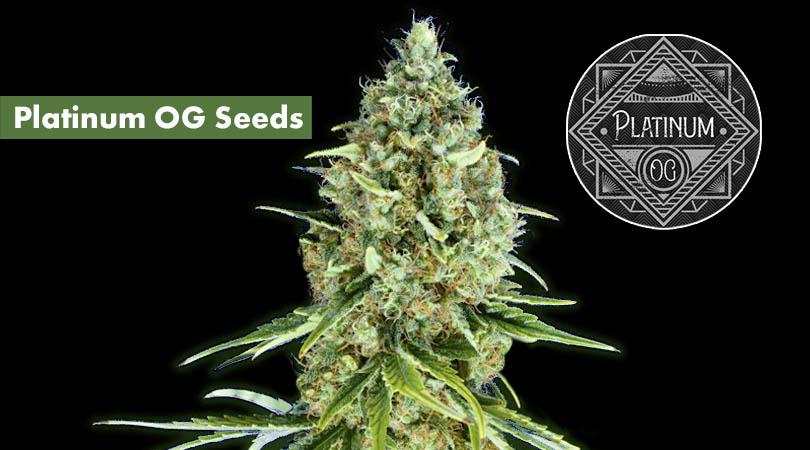 At the low end, you have steel. At the high end, there’s titanium.

Above titanium? You’ve got platinum. As one of Earth’s rarest metals, you need extreme luck on your side to dig up a platinum nugget.

Which is why you should grow your platinum nugs, rather than dig for them.

Platinum OG is a cannabis strain with precious genetics, audaciously mellow indica effects, and stunning trichome production. With traits like these, it’s no wonder that Platinum OG is just as rare as the metal it’s named after.

This guide explores everything you should know, including strain info, grow tips, effects, and where to get Platinum OG seeds. 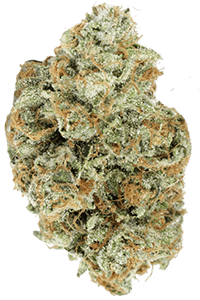 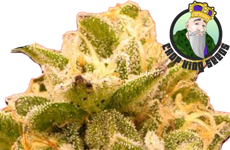 Brett Bogue of Apothecary Genetics has been a man with a plan since founding his company back in the early 1990s. Back then, medical-grade cannabis was hard to come by — something made even more difficult by legal restrictions.

That’s why Bogue decided Apothecary should stand, first and foremost, for providing the highest-quality cannabis genetics directly to medical users. The inspiration on this point is personal — Bogue himself once relied upon cannabis for serious health issues.

The powerful healing properties of cannabis are thus the primary focus of Apothecary in their daily operations. Looking at their previous and current seed catalog, you find yourself surprised at how many winners they’ve created.

Grape Ape, Grape Zkittlez, and Silverback are just a few of the Apothecary strains with large followings. However, even with their Grape strains’ huge influence, none of their creations is as revered as the Platinum OG strain.

Platinum OG is, quite simply, a monster. While its genetics have never been officially revealed, the few data points that are known provide enough to fuel speculation.

On the other side of the cross, OG Male is reported to be SFV OG x Lemon Pledge. Given a minimum of three high THC indica cannabis strains in its lineage, Platinum OG seeds are obviously packed with immense potential for growers.

If you’re after a strain with comatose, stone-cold indica effects, look no further.

Go ahead — plant Platinum OG seeds to reap the rewards of this curative strain with high-output for pain relief and relaxation.

What good is a highly therapeutic cannabis strain if it’s too complicated for anyone to grow?

Apothecary Genetics prioritizes the creation of highly accessible strains to ensure that as many people have access to a strain’s power as possible. As you might expect from this build-up, Platinum OG is a grower’s dream.

Everything you could want in a strain, from manageable plant height to a solid yield, is contained within the gene pool of each Platinum OG seeds pack.

Any strain with strong kush and OG genetics is going to be one for warm climate growers. Platinum OG is no different, but if you’re growing indoors, the seasons won’t affect your crop.

Outdoor growers in sunny and warm zones will find that Platinum OG seeds sprout with vigor before taking off toward the sun. If your area is prone to chilly shoulder seasons, consider planting inside of a greenhouse.

Maintain 70°F to 85°F temperatures while avoiding forays in either direction. Platinum OG isn’t an exceptionally touchy strain, but you do put your plants at risk by pushing their comfort range.

Additionally, relative humidity should be a top concern for you. During vegetation, RH levels should maintain below 60%. Once your girls flip to flowering, cut back on RH to below 50%.

Regardless of where you end up planting your Platinum OG seeds, ensure your plants have excellent airflow exposure, otherwise you’re risking serious bud rot issues.

Platinum OG flowering time is about 9 weeks on average.

Ever the large producer, Platinum OG yield is a satisfying 350-400 grams per square meter.

Despite putting on a bit of stretch during flowering, topping your plants during veg keeps them at a compact to average height profile of 100cm to 150cm.

Platinum OG is resistant to both pests and mold.

The Appearance of Platinum OG Weed:

They don’t call it platinum for nothing.

Ancient civilizations, like the Egyptians, often mistakenly bundled platinum with gold owing to their similar appearances.

Platinum OG nugs look just as precious with their blindingly frosty appearances. If you’re thinking platinum blonde, then your thought process is heading in the right direction.

It’s tough to say what colors lay underneath all of the frost simply because the snowpack is so thick that leaf cover is hardly visible. Pale orange pistils, vaguely purple sugar leaves, and hints of green manage to break through the trichome layer here and there, but for the most part, these buds are just white with sugar.

Platinum OG has an interesting flavor profile that is both earthy and nutty. The unique flavor is complemented by a hashy, spicy, musky aroma.

While a few oddballs out there claim Platinum OG gives them energy, don’t expect that to be the case at all.

Platinum OG is the flower you turn to when you need to slow things down. Time, thoughts, and reality all get put on slo-mo as you rip one hit to the next.

Before long, your body feels like it’s just hanging in a warm bath. You won’t want to move, but that’s OK since Platinum OG packs plenty of euphoria and happiness into the high.

As a perfect nighttime strain, Platinum OG is what you need after a long, strenuous day where unwinding is the top priority.

Apothecary Genetics bred Platinum OG for maximum medicinal value. Platinum OG is good for pain and stress-related ailments, such as:

Platinum OG is high in THC, which means you should go easy if your tolerance is low.