An in-depth review on the legendary Romulan strain. Discover everything about Romulan, such as its mysterious lineage, growth traits, and where to find real Feminized Romulan seeds for sale online. 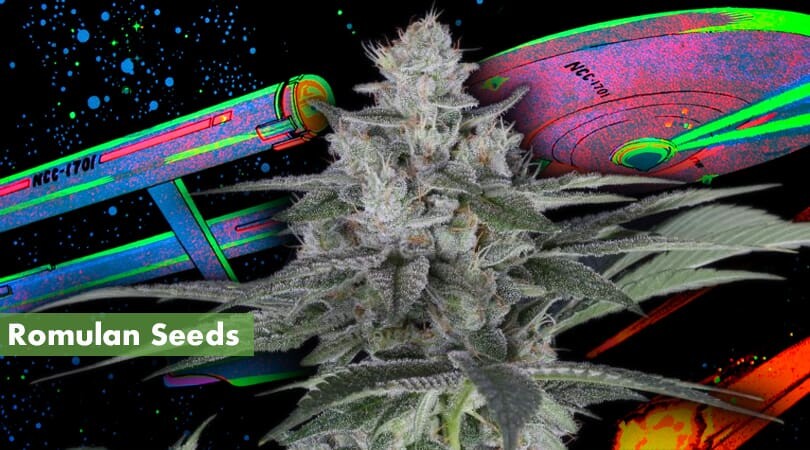 When it comes to cannabis culture, there’s no better way to describe the grassroots movement than specific strains — such as Romulan.

Romulan is one of the earliest cannabis strains that’s gained notoriety from its history, effects, and much more. From front-page features on High Times and Skunk magazines, the Romulan strain is a must-have for indica lovers and anyone that wants to grow a piece of history.

Below, you’ll learn what to expect during the growing process, grow tips, and where to buy Feminized Romulan seeds online.

Are you ready? Let’s go! 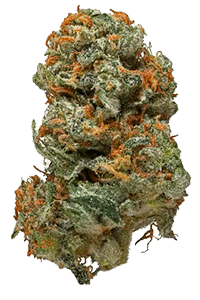 The Best Romulan Feminized Seeds in 2023: 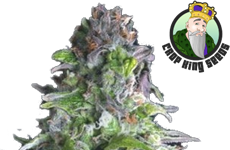 About the Romulan Strain

The Romulan strain’s history is long and complicated.

Remember, as time passes, the truth appears and disappears, similar to waves pushing and pulling grains of sand from the beach. Without further ado — let’s discuss the background of the Romulan strain.

According to online stories, the original Romulan was a sativa-dominant landrace from Korea or China. According to the legend, a soldier in the Korean War brought back seeds to British Columbia, Canada.

Apparently, the Romulan strain was incredibly popular among growers during the 1970s in Canada because the strain adapted readily to the Evergreen State’s wet environment.

The name Romulan originated from the fact that it made users feel like the Romulan race from Star Trek — with a dent in their head. In other words, Romulan’s potency was second-to-none.

Therefore, Romulan underwent multiple backcrosses, which were finished by the 7th generation (F7). In the end, the Romulan we know and love today is indica-dominant while retaining the majority of its original characteristics.

Once released, the Romulan strain garnered intense praise from the cannabis community. From prime-time features in High Times and other popular cannabis magazines, Romulan quickly grew in fame.

Fast-forward to the present, and you can find real Feminized Romulan seeds from online seed banks. If you’ve been waiting to grow this indica powerhouse — the time is now!

It goes without saying that Romulan is a special strain.

Therefore, it’s a great idea to know what to expect before you germinate Romulan seeds. Below, we’ve compiled all the necessary characteristics that cultivators need to know to ensure a rock-solid harvest.

From optimal growing conditions to potential yield, you’ll find a bounty of grow info to catapult your growing season into the record books.

The Romulan strain is moderately challenging to grow.

Due to its landrace background, Romulan contains wild traits that may prove difficult for new cultivators. However, Romulan plants can be tamed by simple training techniques, such as ScrOG and LST.

As for more experienced cultivators, Romulan is a relatively easy strain to grow. As long as you’re versed in plant training methods — you’re good to go.

The Romulan strain is battle-tested in some of the harshest climates imaginable.

The PNW is rainy, cloudy, humid, and cold once summer ends. However, Romulan crops can withstand a lot of adverse conditions, making it a real treat for growers worldwide.

However, if we are talking about optimal conditions, it’s best to plant Romulan seeds in a sunny location that experiences warmth and medium humidity. Overall, outdoor growers grab Romulan seeds because of their versatility.

If you grow Romulan seeds indoors, the best temperature range is between 74-86F. However, temperatures may fluctuate outside of this range without decreasing your overall yield.

Furthermore, growers must maintain relative humidity between 50-70%. By doing so, the flowers will thrive as long as there is abundant airflow throughout the garden.

Although the flowering time is phenotype-dependent, indoor growers are likely to harvest Romulan by the eight-week mark. Specifically, Romulan enjoys precise doses of nutrients in a hydroponic medium, which allows for rapid growth and flowering.

If you grow Romulan seeds outdoors, the flowering time is solidly between 8-9-weeks. Once the flowering process begins, you can mark your calendar for a September to October harvest.

The yield of Romulan is rated as medium for indoors and high for outdoors.

When grown indoors, the Romulan strain is capable of unleashing 350g/m2. Although this may not seem like a ton — the quality certainly makes up for the quantity.

If you grow Romulan outdoors, the yield increases to 500-grams per plant. As you can see — Romulan enjoys the great outdoors as long as you let it grow naturally.

The height of Romulan is where most growers run into problems.

If allowed to grow naturally, Romulan plants can scream past 6-feet in height. Therefore, indoor growers must implement plant training techniques to avoid a literal jungle.

As for outdoor growers, lateral and vertical trellising is necessary to “bush out” Romulan to ensure a hefty yield. As long as you don’t have nosy neighbors, your Romulan crop will soar above the rest until it sags down from the weight of its flowers.

The Romulan strain is highly resistant to common pests and diseases.

Although it’s clear that Romulan can handle itself in the wild — you need to protect it to ensure top-shelf bag appeal and increased yield. If you do not protect your Romulan crop, pests and diseases will nibble away and ruin your gorgeous buds.

Therefore, you need to implement an IPM strategy to prevent pests and diseases from taking hold in your indoor or outdoor garden. The best practices to ensure the health of your Romulan plants are:

The Appearance of Romulan Weed

The Romulan strain is ideal for cannabis connoisseurs searching for landrace weed with top-shelf bag appeal.

Many landrace strains have wild aesthetics because breeders do not work on them. Luckily, Romulan was crafted by Federation Seeds to ensure mind-blowing bag appeal.

As you gaze at Romulan’s buds, you’ll instantly note the red and purple hues splashed across the calyxes. Furthermore, each bud is coated in sticky resin that provides an omen of how you’ll feel once you indulge (hint: couch potato).

Lastly, the beautiful pistils explode across the bud for a glorious fireworks show. Ultimately, the bag appeal of Romulan is considered a show stopper when compared to ultra-hybridized strains of the present.

The dominant cannabinoid found in Romulan weed is THC.

At 24% THC, the Romulan strain is considered a heavy-hitter. We suggest you start slow once your Romulan buds are cured and ready to smoke if you’re new to weed.

Once again, most of the allure of growing Romulan seeds is to experience the untamed traits of landrace genetics.

Romulan emits a unique aroma that can be described as pungent pine needles, sweet and fermenting fruit, and spicy sweetness. As you can imagine, Romulan is loud and best kept in a sealed jar when in public spaces.

Once you indulge in Romulan, you’ll experience a wave of sweet pine, spicy fruit, and herbal bliss across your taste buds. Furthermore, the taste of Romulan isn’t quick to fade and latches to your tongue for a pleasant experience.

The three primary terpenes found in Romulan weed are caryophyllene, pinene, and myrcene.

The caryophyllene and pinene are responsible for pungent spice (such as hashish) and sweet pine sap. The myrcene adds a layer of floral and herbal sweetness that rounds out the alluring quality of Romulan weed.

Effects of the Romulan Strain

The effects of Romulan weed are borderline narcotic.

As you indulge in Romulan, the effects cascade across the mind and body post-haste. In other words, your body will instantly feel at ease while your mind experiences elevated levels of euphoria.

Overall, Romulan is considered a nightcap strain because you’ll likely glue yourself to a couch or bed. Furthermore, your fridge is liable to get raided due to a massive case of the munchies.

After a few hours, Romulan will guarantee a long night of rest. If you’ve been searching for a weed strain that can melt your body into the couch — Romulan is it!

Medical Properties of the Romulan Strain

Romulan is one of the best strains for medical marijuana patients, hands down.

Medical marijuana patients agree that Romulan’s incredible potency and medical properties are perfect for individuals with a variety of issues. Here’s a list of the major medical attributes that Romulan can assist with:

If you wish to grow a medical-grade cannabis strain — there’s no better option than Feminized Romulan seeds.

With so many positive attributes, it only makes sense that there are a few adverse effects while indulging in the Romulan strain.

If you consume too much Romulan weed — you may experience:

Additionally, if you’re new to cannabis — take it easy with Romulan. The THC content is incredibly high, making Romulan a one-hit-quit for most.

Therefore, always gauge your tolerance and adjust your intake accordingly for an enjoyable time with Romulan.

The Best Romulan Feminized Seeds in 2023: