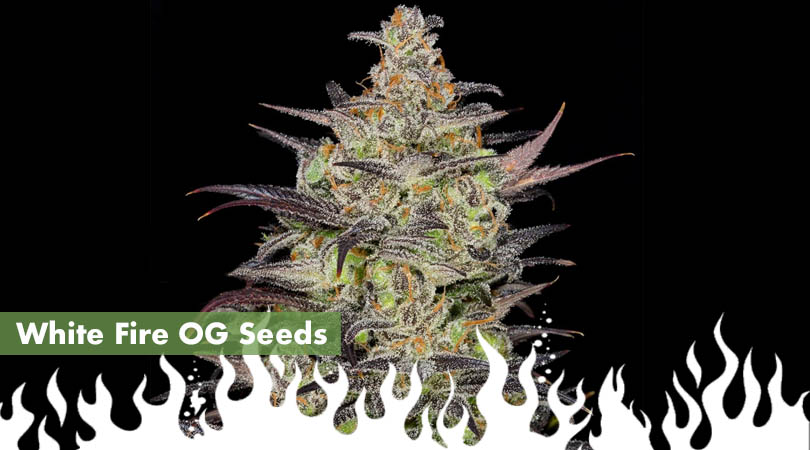 They say it’s terrible to judge a book by its cover. But, in the case of White Fire OG, a strain bred by industry legend OG Raskal, you shouldn’t have a problem doing exactly that.

You see, sometimes a strain name tells you everything you need to know about the bud in question. Imagine being at a dispensary with a plethora of strains to choose from. The catch is, this dispensary keeps the weed hidden from sight, giving you only strain names to go off of.

What are the odds you’d pass up on a strain called White Fire OG? Probably pretty low. What if the dispensary called it by its shorthand WiFi OG alias? Yeah, by that point, you’re probably halfway to the cash register with a half ounce in hand.

White Fire OG is a modern classic hybrid with modest indica dominance. What makes it truly special is the once in a lifetime genetics selected by one of the most skilled veterans in the game.

Today, WiFi OG seeds are finally available for your garden, making them an indispensable addition if you’re after a Cannabis Cup winner that redefines bud frost.

However, it’s always good to know what you’re getting yourself into before you leap, so check this White Fire OG grow guide for grow tips, effects, and where to buy legit WiFi OG seeds. 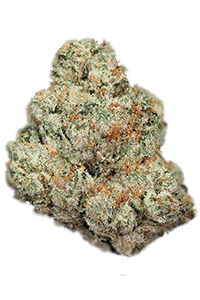 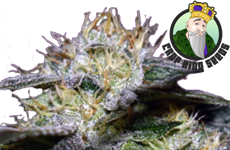 Some breeders in the cannabis industry enjoy the spotlight, doing everything possible to keep their names relevant and in demand.

Others, like White Fire OG creator OG Raskal, prefer to let their plants do the talking.

What many fail to realize when questioning the supremacy of OG Kush genetics is the sheer depth the strain possesses to make it an entire universe of flavors, aromas, and effects unto itself.

That’s why some have dedicated their entire careers to exploring the OG Kush galaxy, pushing to the edges of space in search of the strain’s limits. None have found those limits, though OG Raskal has indeed ventured further than most with White Fire OG seeds.

White Fire OG is a cross between the one-and-only Fire OG and The White, another of OG Raskal’s inventions. While Fire OG is itself a spectacular fire cut of OG Kush, The White is a mystery.

The White’s only noted lineage is a strain vaguely referenced as Triangle. For strain sleuths out there, some have posited that Triangle is a reference to Triangle Kush, a strain from Florida that is itself an OG Kush pheno.

Whatever the real story behind The White strain is, everyone can agree on one fact — the name is well deserved. The White grows extremely frosty, potent, and contains tons of lay me down indica potency.

Eventually, OG Raskal planted another 500 White Fire OG Kush seeds in a massive-scale phenotype hunt. He let famed growers The Jungle Boys in, which is how they found White Fire #43, a phenotype that became a significant hit in its own right.

So, with the history out of the way, what’s the big deal when it comes to White Fire OG anyway? This strain is a grower’s dream, but the only way to find that out for yourself is to grow WiFi OG seeds from scratch.

White Fire OG is an exclusive strain grown by the world’s best cultivators. However, that doesn’t mean you can’t grow it in your humble indoor tent or backyard greenhouse setup.

Growing White Fire OG seeds has quite a few advantages over other strain types for the aspiring cannabis connoisseur grower.

For one thing, this strain puts out a shocking amount of frost, giving it bag appeal far beyond your wildest dreams. But, and perhaps more importantly, WiFi OG seeds have become a lowkey backbone strain for many of today’s most in-demand hybrids.

If you’re interested in hunting phenotypes to narrow down specific flavors, traits, and effects, then White Fire OG is a gold mine.

For beginners, WiFi OG seeds present a medium grow difficulty — which means, with care and precision, your grow will turn out well.

What you’ll want to accomplish in building or selecting the right environment are two things:

These two cornerstones of your grow environment are the keys to unlocking everything White Fire OG seeds have to offer you when flowering time comes along.

Should you grow WiFi OG seeds indoors or outdoors? The choice is yours as long as the above two conditions are met. Keep in mind that these plants don’t tolerate cold particularly well, so if you decide to grow outdoors, consider your timing well.

In 9 to 10-weeks, your White Fire OG plants will be ready to harvest. Outdoor growers should double-check their climate zones to ensure the tail end of flowering will be met with warm temperatures.

WiFi OG seeds reward your hard work with heavy yields of dense buds. You’re looking at a potential for 400-600 grams per square meter indoors, or 500-600 grams per plant outdoors.

Despite their indica-dominance, White Fire OG seeds stretch a fair bit during flowering. Count on medium to tall plants that benefit from SOG and SCROG canopy control methods.

Additionally, topping your plants throughout the vegetative phase will help them double up on cola sites while reducing their eventual height.

Pests and mold aren’t a big concern for WiFi OG seeds. However, if you don’t take care of maintaining proper RH levels and airflow, you’ll lose your crop to bud rot.

Remember that bit at the beginning about judging a book by its cover? Well, that comes in handy when imagining the looks of White Fire OG nugs.

They’re so spectacularly drenched in frost that the undersides of leaves curling up toward the bud tip are literally white. Frost coverage on this level isn’t just impressive, it’s downright beautiful, and makes the fire orange pistils stand out against the strain’s loud indica nuggets.

Based on looks alone, count on finding White Fire OG weed atop the premium shelf at your local dispensary.

In lab tests, WiFi OG routinely tests at or around 27% THC, making it one of the most potent strains available today.

Is that really the smell of mandarin oranges coming from your bowl of WiFi OG, or does your nose deceive you? Amazingly, mandarins are just one of many flavors and aromas contained in White Fire OG seeds.

Just because a strain is indica-dominant doesn’t mean it’s going to knock you out. White Fire OG is one of the finest examples of weed that is relaxing and uplifting at the same time.

After one or two hits, WiFi OG smoothes out all the wrinkles in life, much like sunglasses on a bright day do. Things feel good, your mood is suddenly better than ever, and a strong desire to make the most of your day comes through.

Regardless of whether it’s day or night, link up with WiFi OG if relaxation without sedation is on your mind.

With very high THC levels and a touch of CBD, WiFi OG is proper medicine for several ailments.

Smoking White Fire OG usually makes your mouth dry and eyes slightly irritated, but it’s nothing that a glass of water and some Clear Eyes can’t fix.