An illuminating guide on the White Rhino cannabis strain. Learn about White Rhino's body-numbing properties and where to find the best White Rhino seeds. 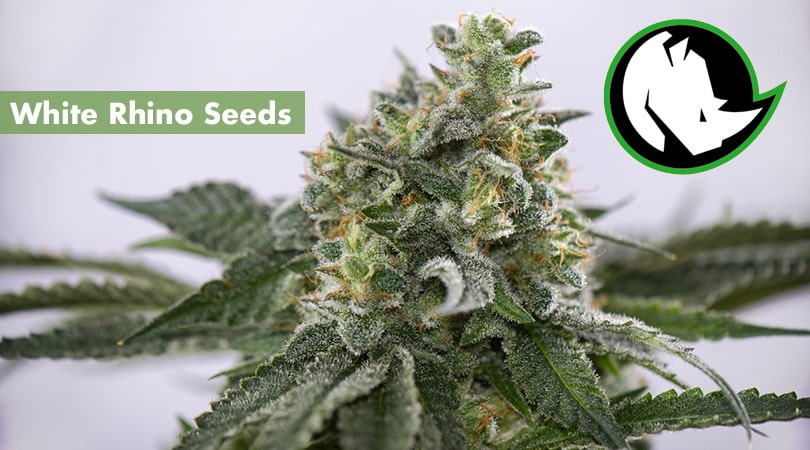 It’s not often that cannabis strains of the past continue to dominate the market. As dessert strains and other artisan-level varieties command the cannabis industry, many marijuana strains from the 90s have fallen out of fashion.

Although it’s not easy to find “old school” strains, there are a few that retain their relevance. One of these strains is White Rhino, a heavy-hitting indica that seldomly meets its match. The White Rhino strain remains a favorite among cannabis enthusiasts and cultivators for its incredible medical effects, sky-high potency, mind-numbing aroma, and tantalizing flavor.

Read along to learn everything there is to know about the White Rhino strain, along with tips on how to grow White Rhino seeds and what type of effects to expect. 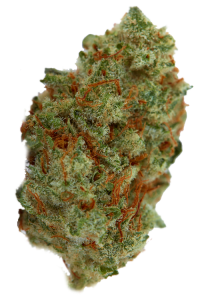 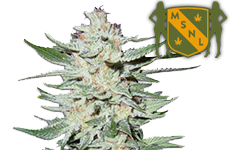 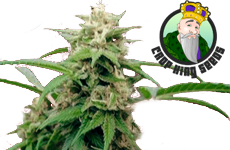 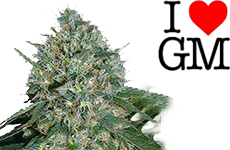 There is only a handful of cannabis genetics that never get old, and White Rhino is one of them. Bred by Green House Seeds, White Rhino is a cross between landrace strains from different parts of the globe.

The breeders at Green House Seeds used Afghan, Brazilian, and South Indian landrace strains to create legendary White Rhino seeds. We can only assume that each of the landrace strains used was predominantly indica.

Once released, White Rhino reached for the stars with an instant 2nd place award the High Times Cannabis Cup in 1996. Nine years later, the White Rhino strain took another 2nd place at the Champion’s Cup in 2005.

Since its introduction, White Rhino seeds and plants have been a mainstay for cannabis cultivators in Europe and the USA. Many American and European breeders use White Rhino seeds as a basis for in-house breeding projects to create new and exciting cannabis strains.

From 1996 to the present day, the White Rhino cannabis strain never fails to impress.

If you’re ready to introduce award-winning genetics into your cannabis garden, White Rhino seeds are what you need.

If you can find real White Rhino seeds for sale — consider yourself lucky. The White Rhino strain is a popular choice for commercial growers and professional breeders because of its many positive traits.

The White Rhino cannabis strain is rated as medium to difficult to cultivate.

Don’t let these ratings deter you from growing your White Rhino seeds. As long as you follow a few guidelines, you’ll find yourself in an avalanche of trichomes that you won’t soon want to leave.

The White Rhino strain requires extra care but pays dividends as it begins to flower. Remember, the White Rhino strain needs additional nitrogen during the vegetative phase. An abundance of phosphorus and potassium at the onset of flowering is essential if you’re looking to boost your yield.

You must always use half the recommended dose from your nutrients. If your White Rhino plants respond favorably, then it’s safe to bump up the dosage over time. If you notice nutrient burn, immediately reduce nutrient strength.

By following these simple rules, your White Rhino seedlings will turn into a bushy and robust cannabinoid powerhouse.

When growing White Rhino seeds indoors, you must incorporate inline fans and oscillating fans to increase airflow and reduce moisture from building in the grow room. As White Rhino flowers begin to grow, the last thing you want to deal with is a mold or mildew outbreak.

If you grow White Rhino seeds outdoors, it’s recommended to plant your seeds in an area that receives full-sun to semi-sun.

Remember, the White Rhino strain does not enjoy extremes, and you must protect it during heat waves and cold snaps. Additionally, a relative humidity of 45% and below will deter mildew and mold.

Once the flowering cycle begins, the White Rhino strain will finish flowering in 7-9 weeks. Depending on the phenotype of your White Rhino seeds, you may find a fast finisher that’ll produce an abundant harvest in as little as 63-days.

If you grow White Rhino seeds in a hydroponic medium indoors, you may experience rapid growth that can reduce the flowering time.

When growing White Rhino seeds outdoors, you can expect to harvest the magnificent flowers of White Rhino by late September or early October.

The yield of the White Rhino strain varies depending on the environment, phenotype, and skills as a cultivator. The White Rhino cannabis strain can produce upwards of 900-grams per meter square.

If you grow White Rhino seeds outdoors and allow them to turn into cannabis bushes, then each plant can yield nearly 1,200-grams per plant.

By giving White Rhino a bit of love, you’ll find yourself trimming a massive harvest that will sustain your needs for months to come.

This height is not considered tall in the world of cannabis plants; however, everything depends on the size of your grow room.

If you grow White Rhino seeds indoors, it’s best to use the Screen of Green (ScrOG) technique to keep the canopy even and short. You can employ other methods, such as topping, FIM, and LST, to reduce the overall size of your White Rhino plants.

If you’re lucky enough to grow in the great outdoors, the White Rhino strain grows into a beautiful cannabis bush with large leaves and thick stems.

The White Rhino strain is endowed with high resistance to pests and mold.

The Appearance of White Rhino Weed:

The white portion of its name describes the sheer trichome coverage that spreads across the flowers and secondary leaves of the White Rhino strain.

White Rhino weed is impeccably shaped and perfectly dense. The calyxes grow into a distinct rhino horn at the tip — hence the rhino portion of its name.

Overall, each flower is coated from head-to-toe in resin to the point that it masks the vibrant orange of the pistils and dark green of the calyx.

It’s called White Rhino for a reason. The white portion of its name describes the sheer trichome coverage that spreads across the flowers and secondary leaves of the White Rhino strain.

White Rhino seeds contain an average of 20f THC and 1% of CBD.

The THC dominance in White Rhino seeds is precisely why it’s named after an incredibly powerful animal — the rhino. The small level of CBD lends an additional hand to medical marijuana patients, which is why White Rhino is so popular among the MMJ community.

The moment you crack open a jar filled with White Rhino weed, you’ll have front row seats to a kush party.

The White Rhino strain emits a pungent aroma of spice-laden kush, hashish, floral nectar, and a hint of lemon spritz that will send your senses into a frenzy.

As with all kush or kush-like strains, caryophyllene is the dominant terpene. In the case of White Rhino seeds, caryophyllene plays a significant role and provides the kush-like spices by the barrel. Myrcene is another dominant terpene found in White Rhino seeds, and you will notice the abundance of hash and floral nectar that myrcene is responsible for.

Lastly, the limonene content of White Rhino seed is the icing on the cake. The abrasive aroma and flavors of myrcene and caryophyllene are tempered with the sweet and sour qualities of freshly squeezed lemonade.

When you indulge in White Rhino weed, you’ll understand what it feels like to get trampled by a rhino while on a safari — it’s that strong.

The effects of the White Rhino strain are slow to begin, but once they do, you’re in for a slo-mo treat.

The onset of White Rhino is characterized by an intense feeling that completely numbs the senses. Any aches and pains disappear, along with any worry that is plaguing your mind. As the effects creep through your body, you won’t want to do anything.

White Rhino seeds are the answer for medical marijuana patients across the globe.

The potent effects of White Rhino weed are helpful for a wide variety of mental and physical issues, such as:

Due to the abundance of cannabinoids and terpenes, the White Rhino strain is ideal for entering a state of bliss that can allow you to live the life you want to live.

Due to White Rhino’s medicinal properties, White Rhino seeds are a favorite among MMJ patients.